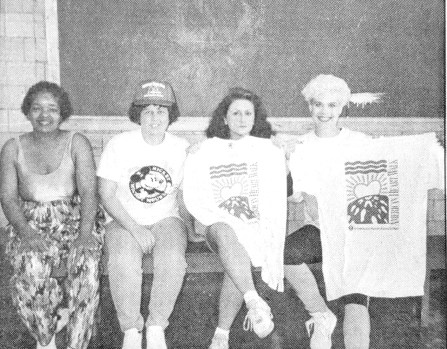 Mary Williams, of Ironton, and part of her team of walkers from her Jazzercize classes show the T-shirts and caps that participants received as part of the American Heart Association Heart Walk that was held in October 1992. (Ironton Tribune | File Photo | Renee Carey) 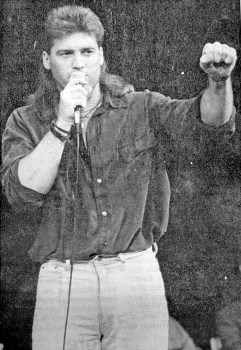 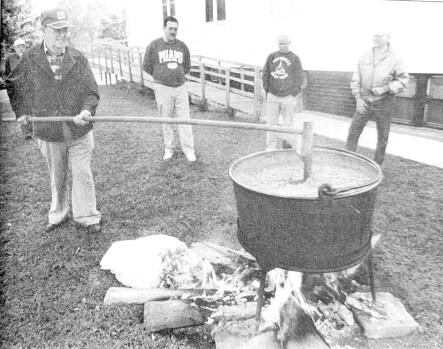 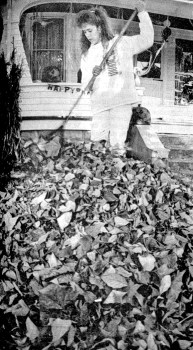 Angie Salyers piles up the leaves at her North Second Street home. The sound of rakes scratching the ground is slowly adding to the growls of lawnmowers as the chilly October 1992 nights cause the leaves to turn and fall. (Ironton Tribune | File Photo | Mike James) 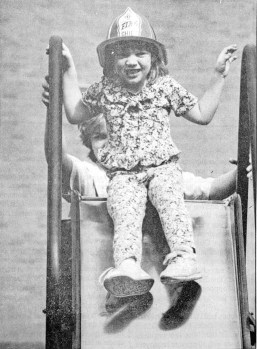 Poised atop the slide at Rock Hill No. 4 Elementary School, Amy Michelle Holschuh wears a firefighter’s hat as she prepares to descend. The Hamilton Township Volunteer Fire Department passed out the miniature hats during a fire safety presentation during Fire Prevention Week in October 1992. (Ironton Tribune | File Photo | Mike James) 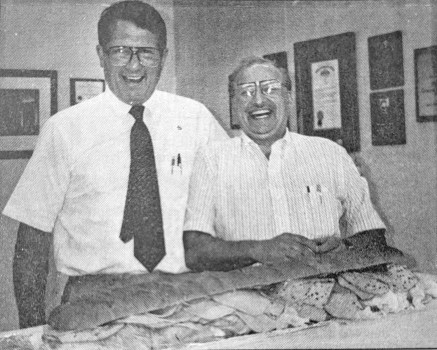 Nonnie Bartram, left, of Bartram and Sons Grocery, and Tom Tipton, right, Tipton’s Bakery and Supermarket, show off a piece of a 1,492-inch submarine sandwich they created for an October 1992 Quincentennial Celebration to be held at Ohio University Southern campus. The two stores and the meat distributor, Kahn’s, donated materials for the sandwich, which was sold to benefit the university’s flag. (Ironton Tribune | File Photo) 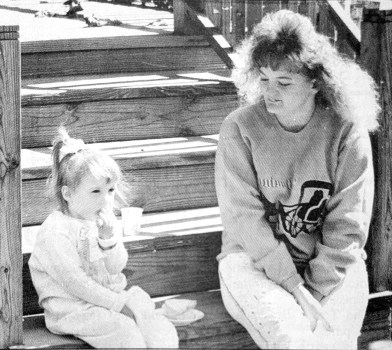 Cyrstal McMillian, 3, munches potato chips with her mother, Tammy Keeney, at the Women, Infants and Children (WIC) Kids Fair held at the Sybene Head Start Center in October 1992. Children ate, played with balloons and watched a clown as their mothers learned about programs and agencies that can serve them and their children. (Ironton Tribune | File Photo | Mike James)