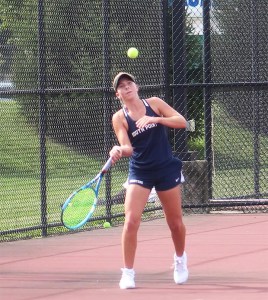 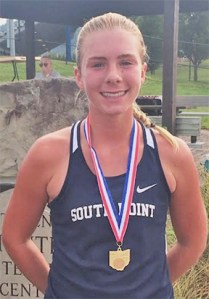 PORTSMOUTH — Meredith Riley is starting to develop a habit that she hopes she’ll never kick.

The South Point Lady Pointers’ sophomore tennis standout won her second straight Division 2 district championship and will be making the trip to Mason for another appearance in the state tournament.

Riley swept Athens’ Lady Bulldogs Anna Chen 6-0, 6-1 in the district finals to earn her berth in the state tournament. Riley downed Maddie Gill of Wheelersburg in the finals last season.

Chen is a 3-time state tournament qualifier. The senior qualified in doubles the past 2 seasons and qualified in singles this year as a runner-up.

The state tournament will be held Friday and Saturday, Oct. 22-23, at the Lindner Family Tennis Center in Mason.