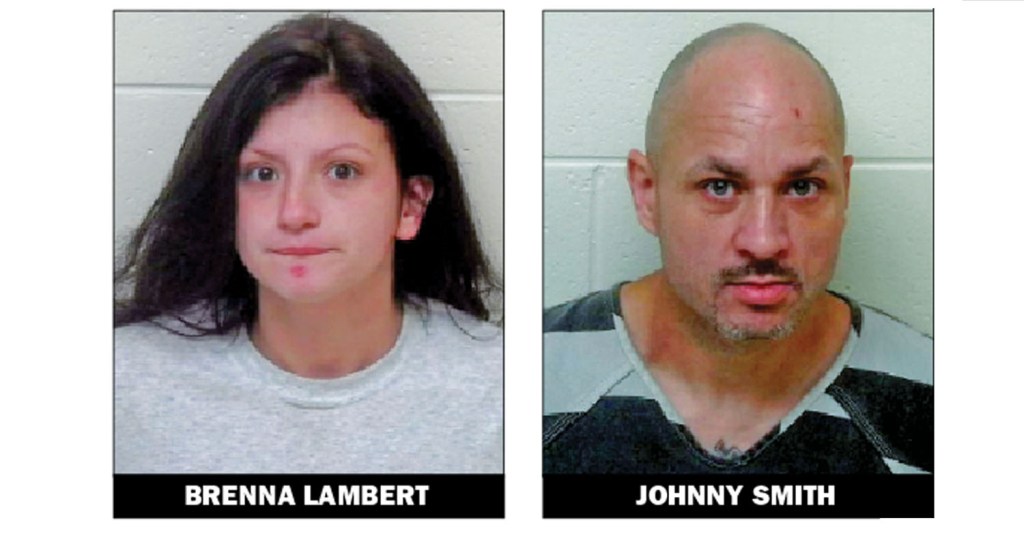 A Scioto County man and woman were arrested and face child endangerment charges, after a child was hospitalized.

Scioto County Sheriff David Thoroughman said that that approximately 3:03 a.m. on Thursday, his office received a call from the Portsmouth Police Department in regards to a four-year-old juvenile that had first been taken to KDMC on Scioto Trail.

The child was then taken to Southern Ohio Medical Center then flown to Nationwide Children’s Hospital in Columbus. Law enforcement was advised that the child had severe skull fractures and may have ingested drugs. Both law enforcement agencies searched area hotels, motels and other locations in search of the mother to investigate the incident. Scioto County Children Services was notified of the incident.

At 10:44 a.m. on Thursday, Scioto County deputies and detectives responded to a local hotel in Rosemount to assist Children Services. The mother, Breanna Lambert, and boyfriend, Johnny Smith, were at that location.

Johnny Smith stated that, while Brenna was inside the Dollar General, he was playing with the child, tossing her in the air. He stated that he dropped her on the pavement, hitting the back of her head. He advised that they went back to the hotel and everything appeared OK. He stated that the child later began acting strange, so they put her in an ice bath, then transported her to KDMC.

Thoroughman stated, as a result of the investigation, the mother and boyfriend were arrested without incident. Detectives said they located approximately 10 grams of suspected heroin during their investigation.
Arrested was Lambert, 23, of 380 Houston Hollow Candy Run Rd. in Portsmouth. She has been charged with one count of child endangerment, a felony of the 2nd degree, and one count of possessing drug abuse instruments, a misdemeanor of the 2nd degree.

Also arrested, was Smith, 39, of 199 Crain Rd. in West Portsmouth. He was charged with one count of child endangerment, a felony of the 2nd degree, a bench warrant for driving under suspension, a misdemeanor of the 1st degree, and a parole violation, a felony of the 5th degree.

Both were held in the Scioto County Jail and they were set to appear in Portsmouth Municipal Court.

Thoroughman stated that this is still an ongoing investigation that could result in more charges.