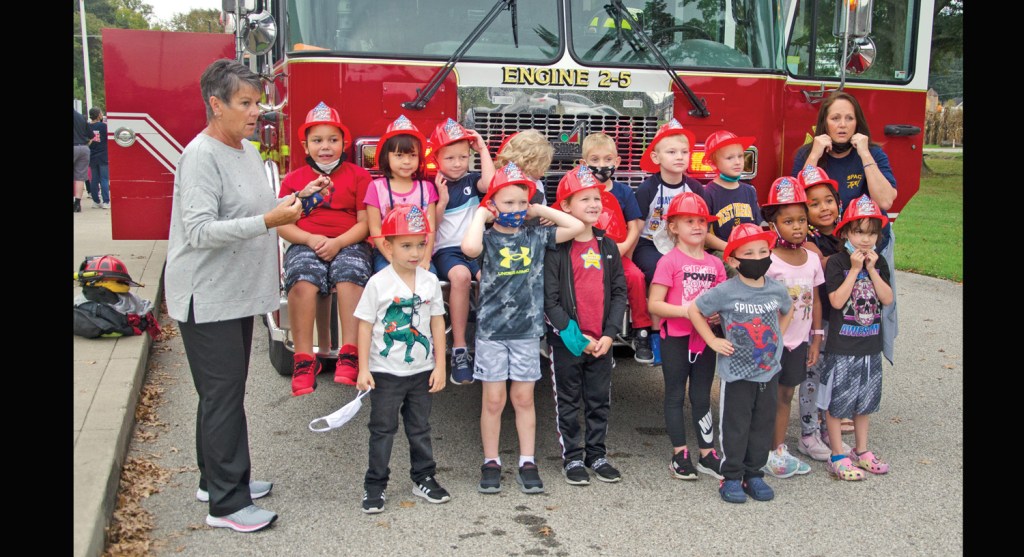 Peggy Ray directs students as they pose in front of a truck from the Fayette Volunteer Fire Department at Burlington Elementary School for Firefighter Appreciation Day on Thursday. (The Ironton Tribune | Heath Harrison) 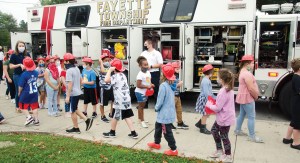 Members of the Fayette Volunteer Fire Department appeared in uniform and wore their gear for students at Firefighter Appreciation Day at Burlington Elementary School on Thursday. (The Ironton Tribune | Heath Harrison)

BURLINGTON — Children in plastic firefighter helmets lined up at Burlington Elementary School on Thursday and got a tour of the vehicles used to respond to emergencies.

The school held Firefighter Appreciation Day and was host to crew members from the Fayette Volunteer Fire Department.

“We had an opportunity to come down and teach fire safety and show equipment on the truck,” Mark Goodall, chief for both the Fayette and South Point fire departments said.

Assistant principal Cassie Lunsford said the event allowed the students to give thanks for what fire crews do.

“We had coffee and donuts for them,” she said. “And all the students did activities in class and made cards and letters for them.” 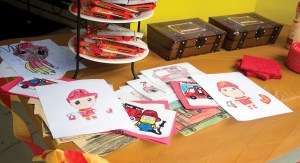 Student artwork was displayed on a table for Firefighter Appreciation Day at Burlington Elementary School on Thursday. (The Ironton Tribune | Heath Harrison)

He said, typically, this would involve firefighters coming into the classes to demonstrate how their gear works, as well as a smokehouse being set up to show students how to evacuate a burning residence.

But, due to the COVID-19 pandemic, the school opted to host the outside event instead.

“We toned it down and this was more about appreciation this year,” he said. 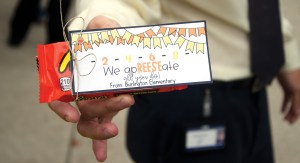 Clay pointed out that the follows last week’s Coffee with Cops event at the school, allowing them to continue to thank first responders in the community.

Goodall said, in addition to demonstrating tools such as the Jaws of Life, used to extricate people from a car crash, they also had members in full gear to show the students, in pre-school through fifth grade, what they look like on the scene.

“If they first saw it, they might be scared to death,” he said. “This lets them know we are here to help.” 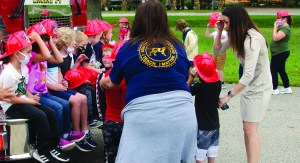 Assistant principal Cassie Lunsford and a teacher direct students as they prepare for a photo on one the Fayette Volunteer Fire Department’s trucks for Firefighter Appreciation Day on Thursday. (The Ironton Tribune | Heath Harrison)