ARTS AND CULTURE: ABC’s Quiñones will be honored by OU 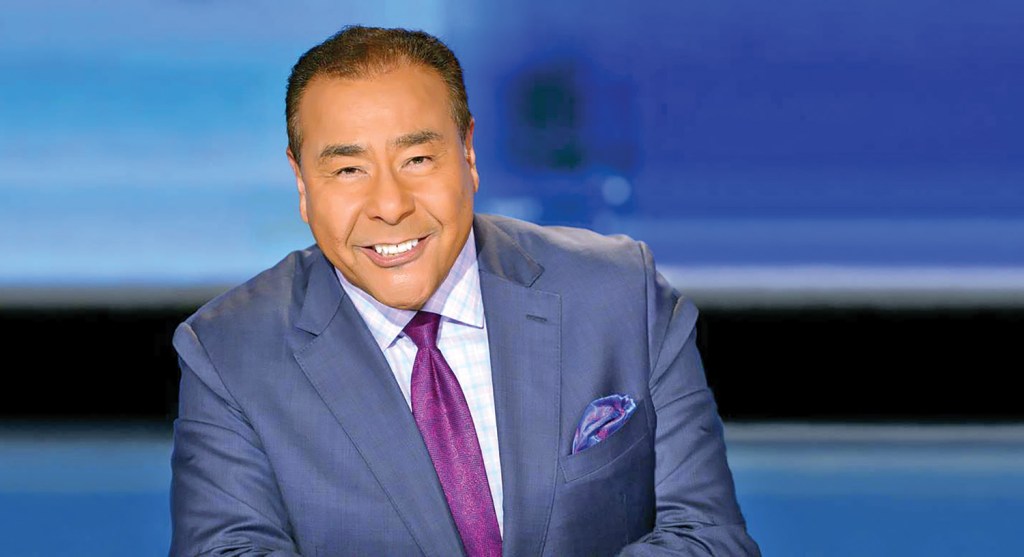 Award winner has been in journalism for 40 years

ATHENS — Veteran broadcast journalist John Quiñones will receive the Carr Van Anda Award for his nearly 40 years as a journalist and anchor for ABC News during OHIO’s Carr Van Anda Symposium on the Athens campus today.

Quiñones joined ABC News in June 1982 as a general assignment correspondent based in Miami, providing reports for “World News Tonight with Peter Jennings” and other ABC News broadcasts, according to his ABC News biography.

He spent nearly a decade in Nicaragua, El Salvador, Guatemala, Honduras and Panama and was one of the few American journalists reporting from Panama City during the U.S. invasion in December 1989.
Quiñones is known to the college generation as the host of the ABC reality show “What Would You Do?” for 15 seasons. The show uses a hidden camera to observe how people respond to ethical dilemmas.

His ABC News bio reports he has received seven national Emmy Awards for his “Primetime Live,” “Burning Questions” and “20/20” work.
Quiñones was awarded an Emmy for his coverage of the Congo’s virgin rainforest, which also won the Ark Trust Wildlife Award. In 1990, he received an Emmy for “Window in the Past,” a look at the Yanomamo Indians.

Quiñones received an Emmy for his work on the ABC documentary “Burning Questions — The Poisoning of America,” which aired in September 1988. He was also honored with a World Hunger Media Award and a Citation from the Robert F. Kennedy Journalism Awards for “To Save the Children,” his 1990 report on the homeless children of Bogota.

A proud fifth-generation Mexican American, Quiñones grew up in a barrio in San Antonio and shined shoes with his best friend on Guadalupe Street, where he picked up good tips from the drunks in the bars and cantinas, according to a “20/20” profile about him. When his father lost his job, the family picked fruit in Michigan and Ohio.
Before joining ABC News, Quiñones was a reporter for WBBM in Chicago where he earned two Emmys for reporting about the dangerous path to America for Mexican immigrants, according to the “20/20” profile. Before that, according to his ABC bio, he was news editor for KTRH radio in Houston and anchor-reporter for KPRC TV.

Quiñones received a Bachelor of Arts in speech communications from St. Mary’s University in San Antonio. He received a master’s degree from the Columbia School of Journalism.

Quiñones is the father of two sons, Julian and Nicco, and a daughter, Andrea. He lives in New York with his wife, Deanna. He is the author of two books, a memoir titled “Heroes Among Us: Ordinary People and Extraordinary Choices” and “What Would You Do? Words of Wisdom About Doing The Right Thing.”

The award is named for former Ohio University student Carr Van Anda, who was managing editor of The New York Times for 28 years from the beginning of the 20th century to the Great Depression.

“Since 1968, the faculty in the E.W. Scripps School of Journalism have recognized the careers of well-known and respected journalists by honoring them with the Carr Van Anda Award,” said Dr. Eddith Dashiell, journalism school director. “John Quiñones will join more than 75 Carr Van Anda awardees such as Mike Wallace, Katharine Graham, and Walter Cronkite from the 1960s and 70s to more contemporary journalists such as Gwen Ifill, Charlayne Hunter-Gault, and Judy Woodruff.”

Due to COVID, no public tickets are available, however, the award presentation and his keynote address will be available at 3:05 p.m. via Zoom at this link: https://bit.ly/3CvL4jP.