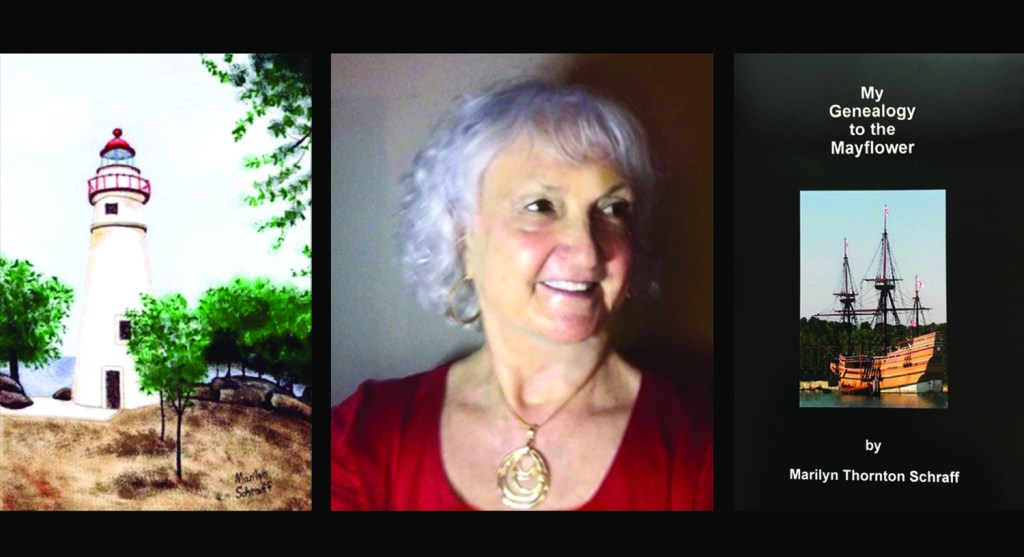 A Kitts Hill native will be hosting a book signing at the Briggs Lawrence County Public Library in Ironton on Nov. 6.

Marilyn Thornton Schraff, who now lives in Marion, is an author of nonfiction, Appalachian works and will be set up from 1-4 p.m.
Schraff will have copies of her newest work, “My Genealogy From the Mayflower,” which she wrote during the COVID-19 pandemic.

“I found that I’m related to half the people in Lawrence County, or they married into my family,” she said of her research, which has allowed her to trace her roots back as far as William the Conqueror in 11th century England.

Schraff is also a member of the Mayflower Society, a group formed for those with verified proof of ancestor of those who formed the Plymouth colony in North America.

Schraff has also written five other books — “Appalachian Childhood,” “Moonshine: Illicit Spirits,” “Appalachian Journey: A Tribute to People who Inspired me on the road of Life,” “Tales and Tails,” a collection of animal-related stories and “Kitts Hill,” which compiles lists of everyone who attended schools in the Kitts Hill area over the years.

She said two of her works, “Appalachian Childhood” and “Moonshine,” have become collector’s items, fetching as high as $200 and $1,900, respectively online through AbeBooks.

She said she will have copies of these two at the event, in addition to her other works, and, with it being a local event, she will sell those two at their $20 cover price, but with a limit of one per person.

In addition to writing, Schraff is also an artist, creating paintings and wood carvings. She will have notecard-sized prints of these works for sale, as well, priced at $3 each or two for $5.