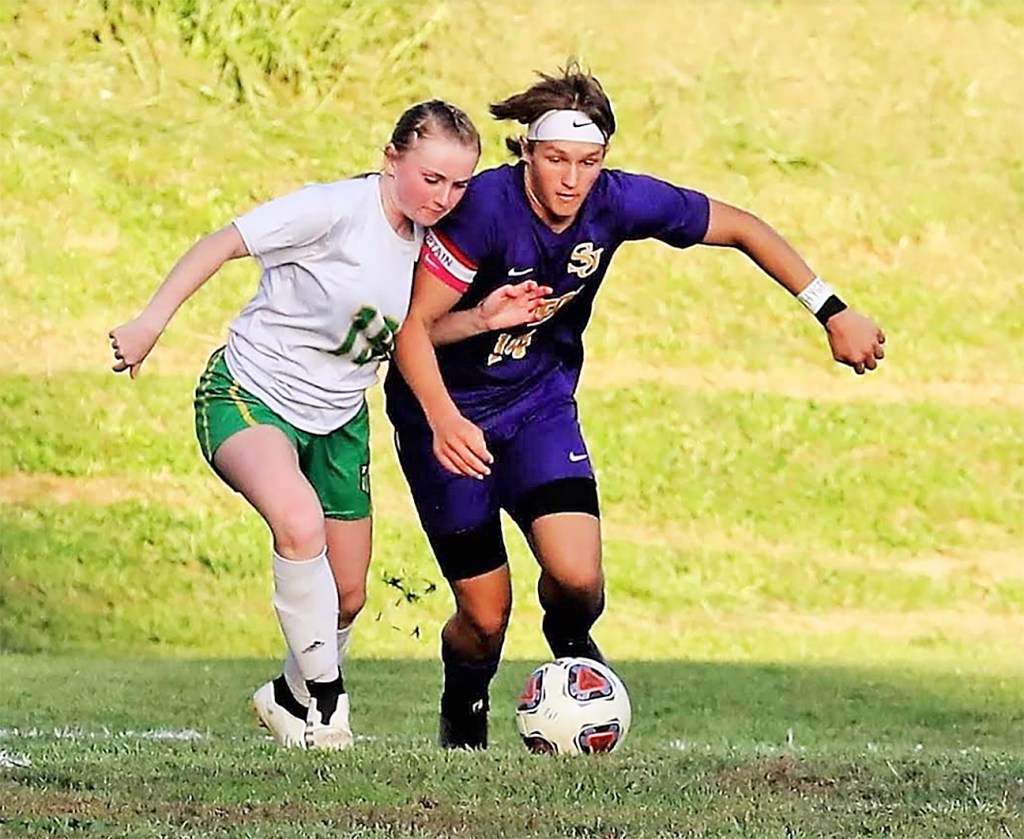 TOP PHOTO: St. Joseph Flyers’ Elijah Rowe (right) drives the ball toward one of his 5 goals against West Union. LOWER PHOTO: The Flyers’ Mike Mahlmeister (33) battles to take the ball during an 8-0 win in the sectional semifinals. (Photos By Tim Gearhart) 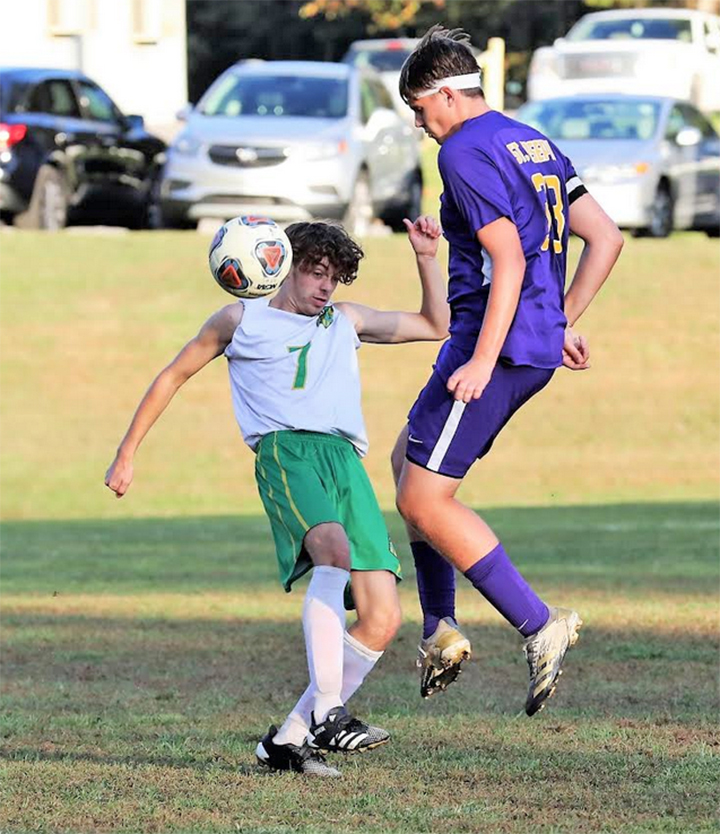 The Division 3 tournament trail was up and then down for the St. Joseph Flyers.

St. Joseph opened sectional tournament play with an 8-0 whitewash of the West Union Dragons on Tuesday only to fall 4-2 in the sectional finals at South Webster as the Jeeps took a 4-2 decision.

In the win over the Dragons, the Flyers Elijah Rowe recorded a glut as he scored 5 goals while Wesley Neal notched the other goal.

Zachary Johnson had 3 assists while Brady Medinger had 2 assists.

Goalkeeper Eli Ford got the shutout as he had 4 saves.

The Flyers took 43 shots with 26 on goal. They had 8 corner kicks, 10 fouls and 2 offside penalties.

West Union was limited to 7 shots with 4 on goal. They had 3 fouls, one corner kick and 2 offside penalties.

But things turned the other way on Thursday as the Flyers found the offense hard to generate against the Jeeps.

Johnson scored an unassisted goal at the 10:44 mark of the first half and the Flyers took their only lead of the game.

Trae Zimmerman and Connor Bender took over at that point as they combined on all 4 South Webster goals.

Zimmerman had an unassisted goal at 16:08 to tie the game, then had an assist as Bender scored with 33:53 on the first half clock and it was 2-1.

Bender scored with an assist from Zimmerman at 49:54 of the second half and it was 3-1.

The Flyers got a team goal 8 minutes later to make it 4-2, but Bender used an assist from Zimmerman to find the back of the net with 58:39 on the clock and set the final score

St. Joseph had only 5 shots and they were all on goal. Ford had 8 saves.

The Jeeps took 20 shots with 12 on goal. Keeper Jaren Lower had 3 saves.

St. Joseph finishes the season 12-6 and was second in the Southern Ohio Conference Division 1 with a 6-2 record

South Webster is now 9-7-2 and faces conference foe Minford on Tuesday in the district semifinals.