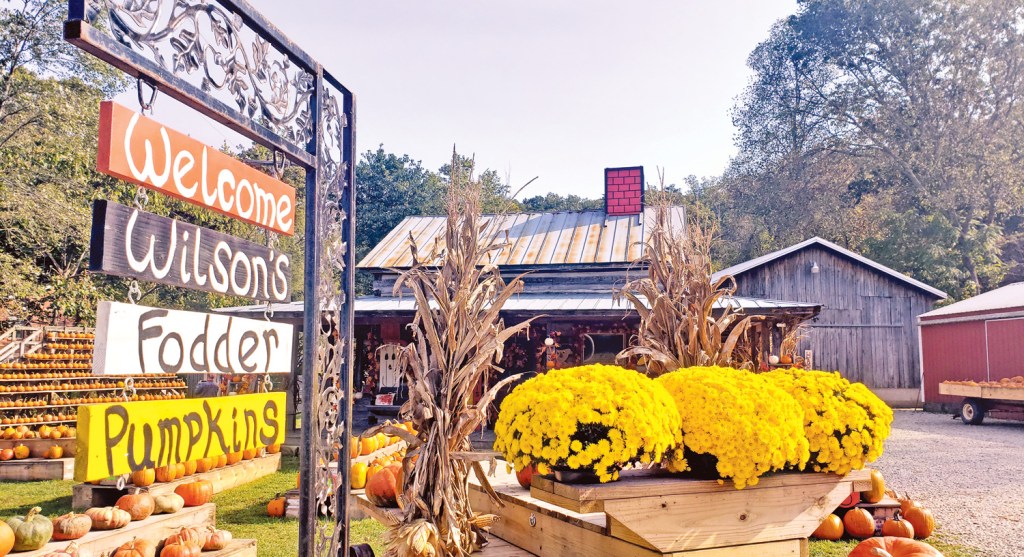 A scene from Wilson Family Farms in early October. The family plants about eight acres of pumpkins to sell before Halloween. (The Ironton Tribune | Mark Williams) 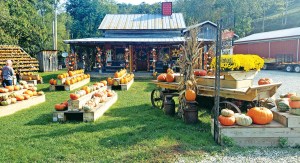 A scene from Wilson Family Farms in early October. The family plants about eight acres of pumpkins to sell before Halloween. (The Ironton Tribune | Mark Williams)

WILLOW WOOD — One thing that is easily noticed about Wilson Family Farm, is that they have pumpkins. Lots and lots of pumpkins, big ones, little ones, orange ones and even blue ones.

“They’re called blue delights,” explained Rachel Wilson. “People like to use them to decorate because they are something different.”

The Wilson family has been in the farming business for decades with Wilson Family Farm celebrating their 100th anniversary this year, and Wilson’s children, Tucker and Averi, being the sixth generation to raise crops.

They mainly focus on the pumpkins now with some Indian corn in the mix.

It is Mark Wilson, Rachel’s father-in-law, that does all the planting.

“He planted eight acres this year,” she said. “We got about 40,000 pumpkins this year. How many we have for sale just depends on the yield. Last year, we had about enough for two weeks. This year, we have already been selling them for a month.”

That ended recently with the last of the pumpkins being sold out on Oct. 13.

Besides the pumpkin, gourds and corn, another popular draw is the goats, especially to visiting children. The Wilsons got their first goat a few years ago.

Since it is a family farm, Wilson said that both of her kids work on the farm so they learn the value of labor and since the farm will be in their hands one day.

“We try to teach them the value of hard work and that if you put effort into something, you will reap the benefits of it,” Wilson said.

And both Averi and Tucker Wilson are in the Power Ranchers 4-H Club.

“It is a play on the name ‘Power Rangers,’” Wilson said.

To find out what the Wilson Farm has in stock, go to www.facebook.com/wilsonfamilyfarmohio.