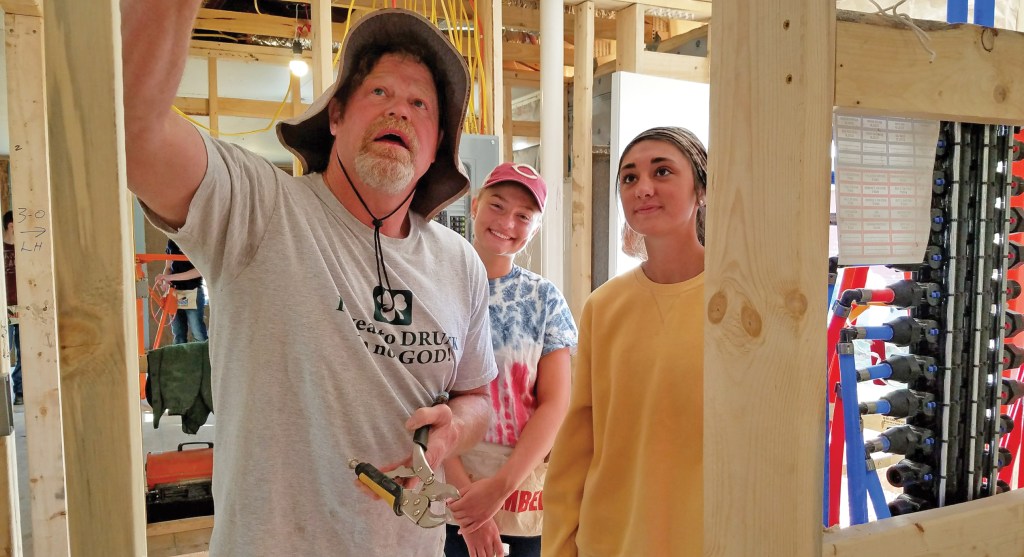 Students from Collins Career Technical Center put up frames for walls in a structure. (Submitted photo)

0.5-mill levy is for five-year renewal

GETAWAY — When Lawrence County voters head to the polls on Tuesday, they will be asked whether to renew a funding levy for Collins Career Technical Center.

Superintendent Adam Pettis, who began on the job this school year, following Steve Dodgion’s retirement, points out that the levy is a renewal and not additional taxation.

The 0.5-mill levy is equal to five cents for each $100 of property valuation, he said. It is a renewal for five years.

Pettis said it is a permanent improvement levy, used for upgrades to the campus, as well as supplies for lab learning.

“And the cost of supplies has gone up drastically, like everything else,” he said.

Pettis said a portion of the levy would also be used to pay off a loan for a $28 million renovation of the campus in 2013, which included upgrading the labs to keep them state of the art.

“I was pretty impressed when I started at how well-kept the campus is,” he said.

Pettis said the school has received strong support from county residents and has its highest enrollment ever.

“And our adult education program is growing,” he said. “We feel comfortable just asking for renewal.”