Trick-or-treaters take over Ironton (WITH GALLERY) 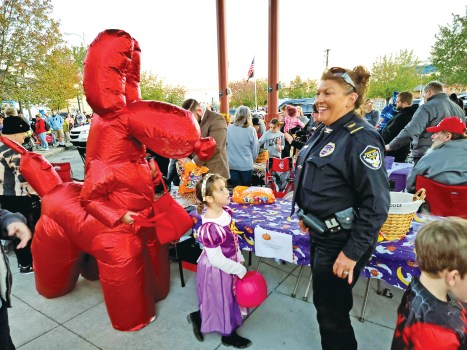 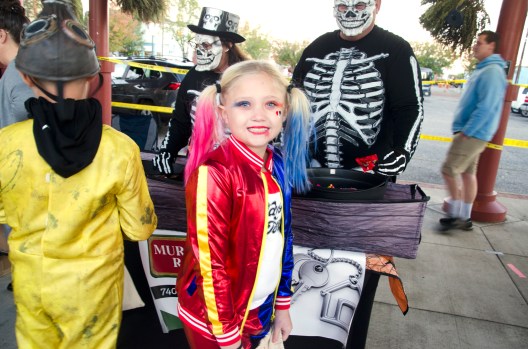 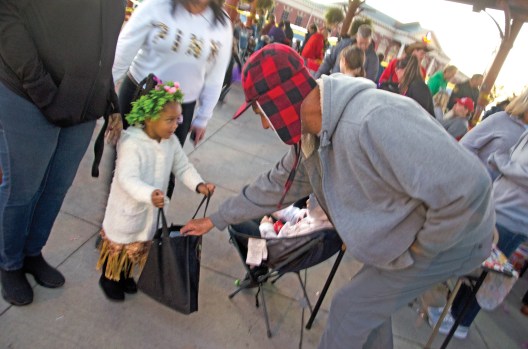 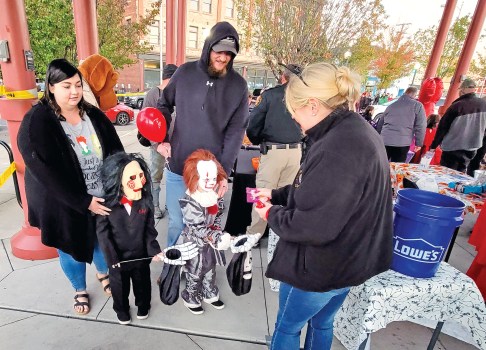 Lawrence County Common Pleas Judge Christen Finley hands out candy to Jigsaw and It at Market Square on Tuesday during Ironton’s safe trick or treat. (The Ironton Tribune | Mark Shaffer) 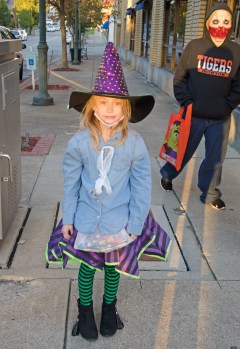 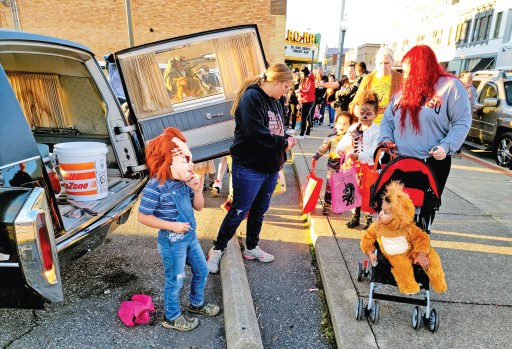 On Tuesday night during Ironton’s safe trick or treat night, a little lion stares at Chucky while getting a treat out of the back of a 1966 Cadillac that is both a hearse and an ambulance. Sierra Imes passes out candy. Chucky was Jolene Morgan and the hearse was sponsored by JSM Auto Parts. (The Ironton Tribune | Mark Shaffer) 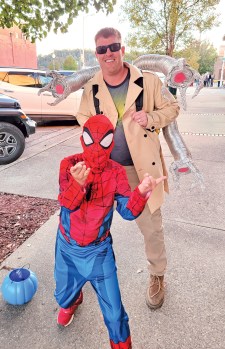 Spider Man and one of his arch enemies, Doctor Octopus, were in search of treats during safe trick or treat in downtown Ironton on Thursday. Spider Man is Landen Daniels and his dad, Ryan Daniels, was portraying Doc Ock. (The Ironton Tribune | Mark Shaffer) 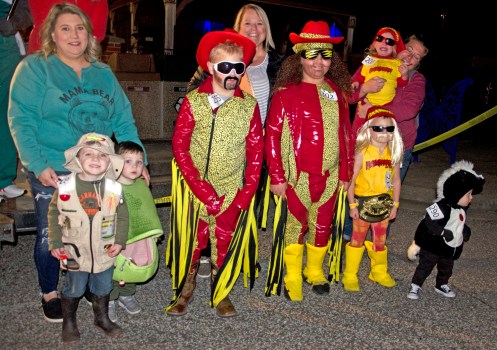 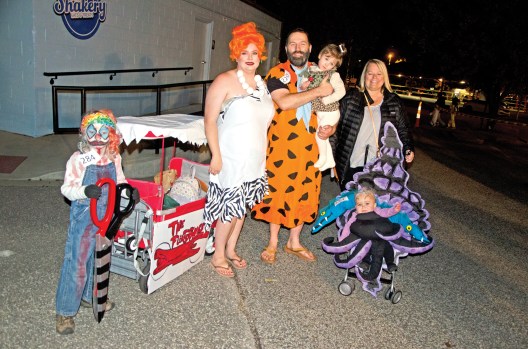 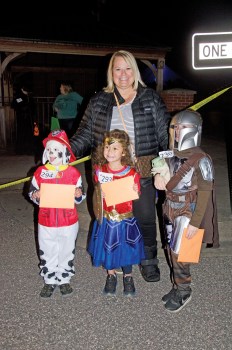 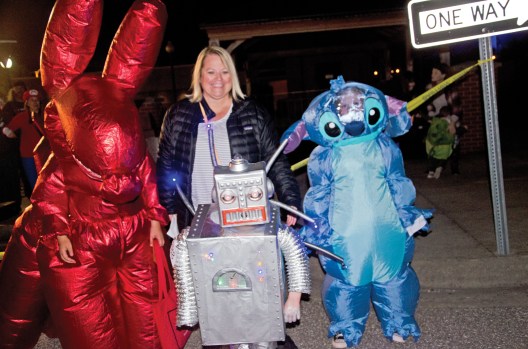 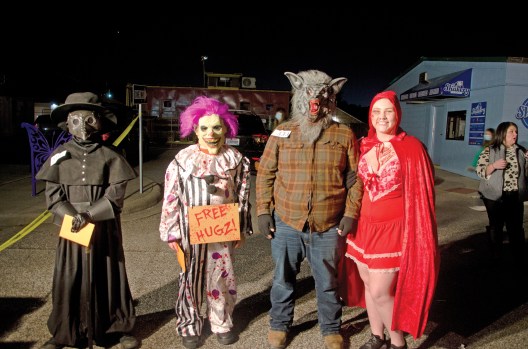 After a break in 2020 because of the pandemic, trick-or-treaters returned in full force on Tuesday to enjoy Ironton’s safe trick or treat in the downtown.

The event was delayed a day because of heavy rains on Monday, but Tuesday was drier and a couple thousand people lined the streets for kids to get candy from business owners and elected officials.

Amongst the popular costumes were superheroes, scary choices like Chucky, Jigsaw or It and Fortnite characters. Amongst the more unusual costumes, were wrestlers the Macho Man Randy Savage and Hulk Hogan, a giant red balloon dog and a whole family dressed up like the Flintstones.

The officials set up their tables at Market Square instead of the usual spot at the City Center due to concerns about potentially spreading COVID-19 and a line of costumed kids and families stretched about three blocks long along Second Street at one point.

Mayor Sam Cramblit said he was happy to see so many people out again.

“It has been a great turn out,” he said. Even though it was nearly 7 p.m., there was still a block-long line awaiting treats.

“We’ve been passing out candy for about an hour and half now and we are waiting for everyone to go to the parade. But they are sticking around for the last bite. But I’m happy to seeing everyone out and all the elected officials and their employees that volunteered to come out and make this a great event.”

Among the office holders passing out candy was Lawrence County Auditor Paul David Knipp. He too was happy with the turnout of trick or treaters.

“It’s great. We got here at 4:30 p.m. to set up and they were already lining up. An hour in advance,” he said. “But we are thrilled we actually are doing fun stuff, especially for the kids. We like to see them happy.”

Ironton Municipal Judge Kevin Waldo was the final stop for the trick-or-treaters at Market Square.

“I think this is phenomenal, it is just thousands of children out tonight,” he said. “We handed out probably 51 bags of goodies to about 1,500 little kids. It has been wonderful. And I’m really glad to see the community get involved and have a great night.”