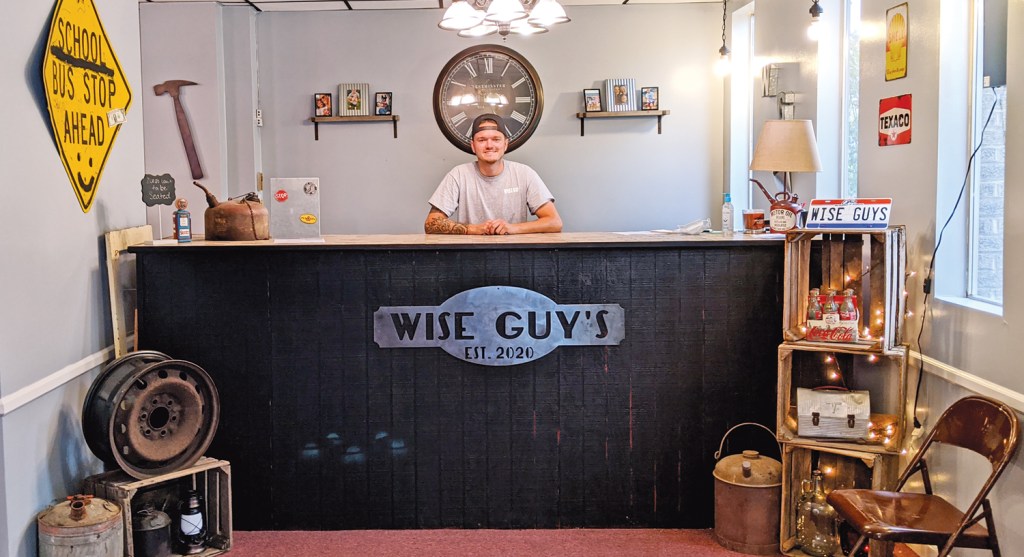 This year’s winner of The Ironton Tribune Best of the Tri-State Best Burger, Best Sandwich and Best Wings category is a relative newcomer to the Ironton food scene, Wise Guys Restaurant.

The owner, Cody Wise, didn’t really have an experience working in the food industry. Rather he was managing the bar at The Elks and was trying to bring in more people.

“We had the kitchen and no one had used it in years and I started cooking just for the members of the bar and my buddies just to get them to come in and drink,” Wise said. “We did that for about eight months and everyone loved the food but then the whole state got shut down for COVID-19.”

He said The Elks appreciated that his cooking was bringing in a lot of people, but since it is a private club, they couldn’t let him have non-members in the club.

But instead of kicking him out, they asked if he was interested in upscaling and moving it into the dining room, to which he readily agreed. He used the shutdown time to clean up the kitchen and to decorate the restaurant with retro items like old gas cans and street signs.

Wise has been a member of The Elks for six years, having been initiated in just after turning 21.

Wise said he always cooks at home and picked up some ideas from watching his mother and grandmother cook. He said he also hired an experienced cook to help him out.

“I’m a big food guy and when I started, I said that we were going to do all of our food fresh, to set us apart from everybody else,” Wise said. “And I wanted to do it at an affordable price, because I’ve been on the other side and hate paying $12 for a frozen burger at some place. I wanted to do better.”

Wise Guys offers a wide variety of burgers from the traditional to a breakfast burger made of eggs, cheese and bacon to the Flyin’ Hawaiian with shaved ham, Swiss cheese and pineapple to a Mac & Cheese burger. There are also wings, wraps, lots of appetizers and daily specials like baked steak Monday and Taco Tuesday.

As for the name, it is a play on words.

“Wise is my last name and it is named after me and my boy, Kysen,” he said. “It didn’t become Wise Guys until July 2020.

We were talking about names and my buddy said ‘Wise Guys!’ and I was like ‘That’s catchy.’ So, that took off.”

The restaurant is open, Monday–Saturday, 11 a.m-9 p.m. and is located at 416 Park Ave. in Ironton. Their Facebook page is facebook.com/wiseguysrestaurant/.