Marshall promoted to captain of IFD 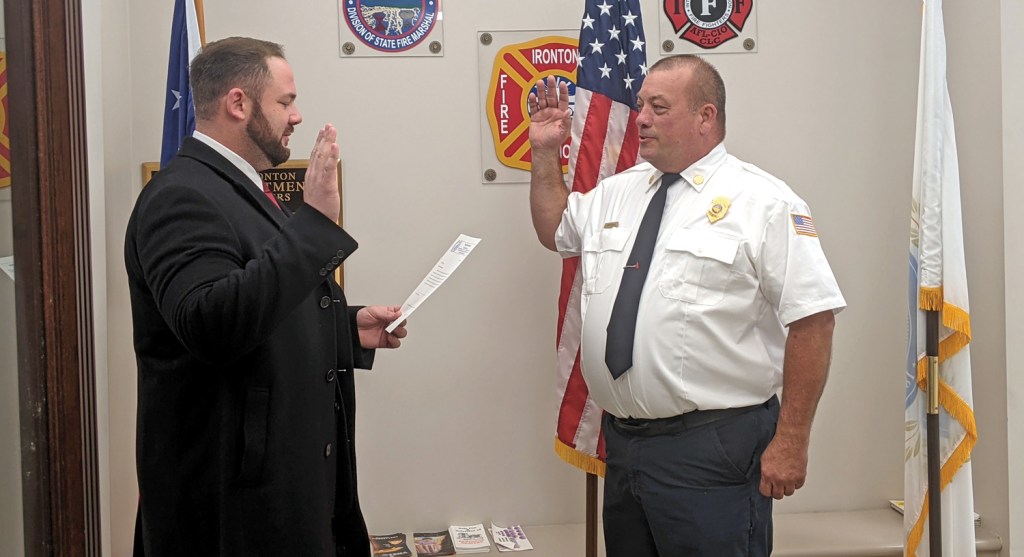 Has been with Ironton Fire Department for 24 years

On Tuesday, one of Ironton Fire Department’s long-time firefighters received a promotion.

Joe Marshall was promoted to captain and will lead Crew 3.
Marshall has been with the department for 24 years.

“I came from the military to become a firefighter here,” he said, adding that he had been in the U.S. Air Force for 16 years.

As for he what he likes about being a firefighter that has kept him at the station for 24 years, he said “I don’t know yet. It is still growing. Everything is great.”

Asked about the strangest call he has gotten from the public, he said it was a loaded question.

“I don’t know, just calls about animals and snakes,” he said. “I am not a snake person.”

“Joe has been with us a long time. He knows what he is doing,” Malmeister said. “He will do well in charge of our crew. Right now, he has one of our new employees that he is training, so, he will stay busy. He will do well for us.”