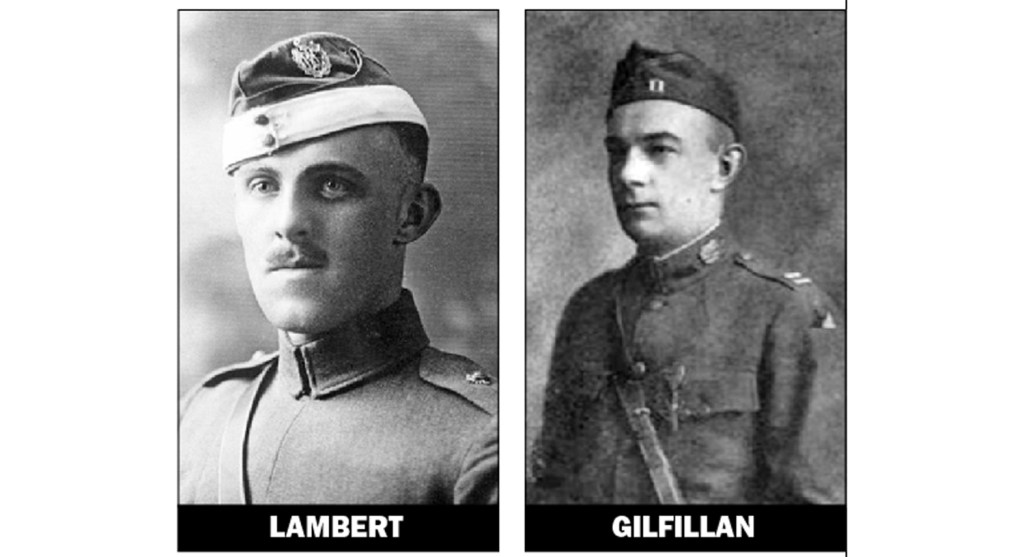 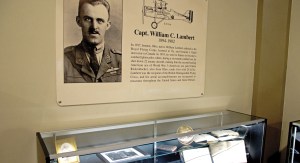 The William C. Lambert Museum and Archive is located on the first floor of the Ironton City Center.

In 1954, the U.S. Congress established Nov. 11 as Veterans Day, a federal holiday honoring those who have served in the nation’s armed forces.

This was a modification of the previous Armistice Day observation, which marked the end of World War I, when hostilities ended on “the 11th hour of the 11th day of the 11th month” of the year.

As has been the case with many of the conflicts the nation has seen, a great number of soldiers from Lawrence County took part in that “war to end all wars,” and two of those veterans had remarkable records of service that are still being honored to this day.

Col. William C. Lambert was a fighter pilot who was awarded the Distinguished Flying Cross and was the second highest scoring flying ace in World War I.

He is believed to be the second-ranked Ace pilot of the war, only eight victories behind fellow Ohioan pilot Eddie Rickenbacker.

Lambert, who died in 1982, is honored with the William C. Lambert Museum, a collection of artifacts from his career, along with other military items, located in the rear of the first floor of the Ironton City Center.

Created in 2018, the museum and archive is designed to function as a repository for historical artifacts and records of a military nature relating to the life of Lambert and all military veterans of Lawrence County and the Nation. The mission is to document, preserve and explain the role and legacy of those veterans who shaped the national experience so that citizens will understand “the price of freedom and be inspired by their example.”

And, in recent years, the remarkable story of another veteran of the war has come into prominence.

Dean Gilfillan, of Ironton, attended Ironton High School and Phillips Military Academy and graduated from Yale University and, in 1917, he was commissioned as a captain in the Coast Artillery Corps.

At the time, the tank was new and state of the art, so only the best and brightest were considered for the program, the American Tank Corps were tested at the Battle of Argonne Forest in northeastern France on Sept. 26, 1918, where they were met with strong resistance from German forces.

He was awarded the Croix de Guerre from France, that nation’s highest military decoration, and on March 19, 1919, he received the Distinguished Service Cross, presented to him by John J. Pershing, commander of the American Expeditionary Forces (AEF) on the Western Front in World War I.

This year, a division of the Ironton-Lawrence County Memorial Day Parade was named in honor of Gilfillan, while he was also added as a character in the Lawrence County Museum’s annual historic walk at Woodland Cemetery.