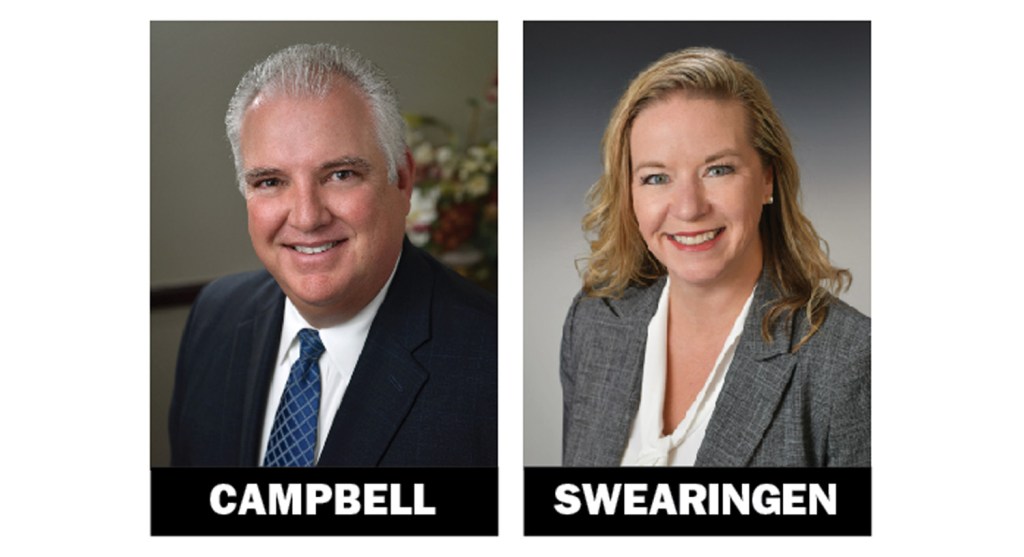 Campbell has participated in Mountain Health’s integration and guided St. Mary’s through the unprecedented pandemic. Among his key contributions, Campbell led the creation and expansion of St. Mary’s employed physician organization, acquisition of HIMG, and development of the St. Mary’s Ironton Campus.

Angela Swearingen, SMMC vice president of finance and CFO since 2010, has been named SMMC’s next COO. In addition to 11 years with SMMC, she gained health system and hospital experience at Tenet Healthcare, Greenbrier Valley Medical Center, and HCA Health Corporation. Swearingen earned her master’s degree in healthcare administration and her bachelor’s degree in accounting at Marshall University. She is a member of the West Virginia Health Financial Management Association and serves on the Marshall University College of Business Advisory Board, Marshall University Commission on Accreditation for Health Information and Information Management Education Advisory Committee, and the board of United Way of the River Cities.

Jeri Fields: Social Security can help you start or…