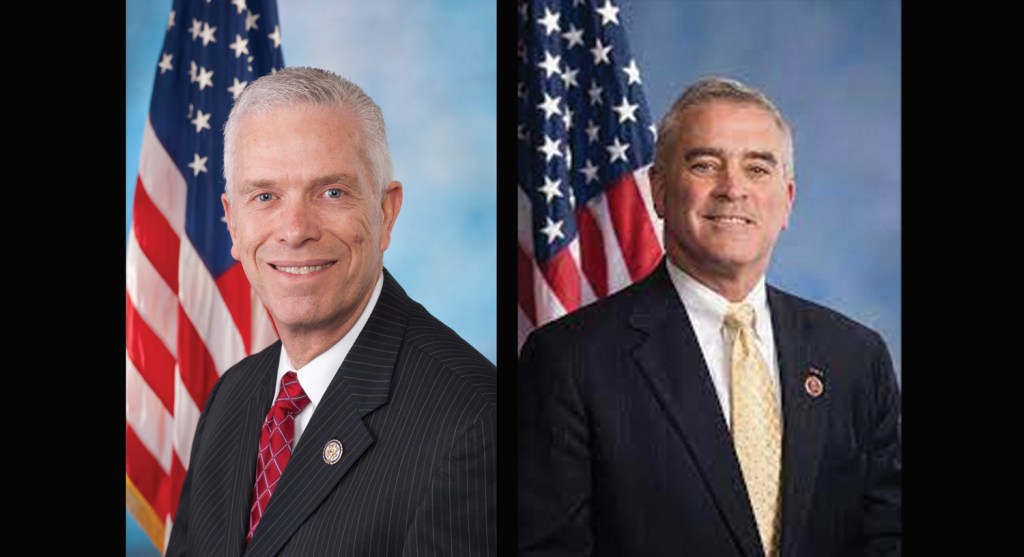 Johnson would no longer represent county under redistricting plan

For the past 10 years, Lawrence County has been represented in Congress by U.S. Rep. Bill Johnson, R-Ohio, but, if the redistricting map signed into law by Gov. Mike DeWine on Saturday holds up to court challenges, this will no longer be the case.

Under the new map, which would take effect with the 2022 election for terms starting in 2023, Lawrence County would be shifted from the 6th District, represented by Johnson, to the 2nd District, currently represented by Republican Brad Wenstrup.

Johnson, whose residence is Marietta, would continue to run in the new 6th District, while Lawrence County would vote in a match-up between Wenstrup, who lives in Cincinnati, and his potential challengers.

Ben Keeler, Johnson’s communications director, said this would be the case, if the redistricting stands up to court challenges.

The current 6th District is one of the most elongated in the U.S., comprised of a narrow strip of Appalachian counties bordering the Ohio River and West Virginia, snaking from Johnson’s hometown in Washington County to Lawrence County.

“It’s the longest district east of the Mississippi,” Keeler said.

Under the new map, Lawrence County, along with Gallia and Meigs counties would move into a new 2nd District, comprised of the southernmost counties in Ohio, which would stretch to Cincinnati. Also included in this new district would be neighboring Jackson and Scioto counties.

Keeler said the process is not in the hands of the congressional office, so they are waiting to see what happens next.

The move is unlikely to see a party change for Lawrence County’s representation, as both districts have a large Republican makeup and have not been considered competitive in the last decade.

Wenstrup was elected in 2012, after defeating incumbent U.S. Rep. Jean Schmidt in a primary challenge. He has won re-election by wide margins in the following election, defeating the Democratic nominee 61-39 percent in 2020.

His margin of victory was similar to Johnson’s, who defeated his most recent challenger, Democrat Shawna Roberts, 74-26 percent that year.

Lawrence County was last represented by a Democrat by Charlie Wilson, who served four terms, from 2007-2013, before being defeated by Johnson.

DeWine signed into law a map of new congressional districts on Saturday that will be in effect for the next four years, despite objections from Democrats and voting rights groups.

The redistricting measure cleared the state Legislature along party lines with House approval Thursday after a breakneck sprint through both chambers, amid praise from majority Republicans.

Democrats blasted the Republican-led mapmaking process as unfair, partisan, and cloaked in secrecy. The Senate approved the bill Tuesday, only about 16 hours after the new map was released. The nonpartisan Princeton Gerrymandering Project gave the map an F grade.

The new law creates at most three safe Democratic districts out of 15 new U.S. House seats in a state where voters are split roughly 54 percent Republican, 46 percent Democratic.

Populous Cuyahoga and Hamilton counties — home to Cleveland and Cincinnati, respectively, and their concentrations of Democratic voters — are divided three ways each. Franklin County, home to Columbus, is divided two ways, and the western Cleveland suburbs in Lorain County are part of a district that stretches to the Indiana border, a nearly 3-hour drive.

Fair Districts Ohio, a coalition of voting-rights groups and labor organizations, had called on the governor to strike down the bill. Executive director Jen Miller of the League of Women Voters of Ohio, a member organization, said instead of “bipartisan, transparent redistricting” leaders had “disrespected voters, trampled the Ohio Constitution, and rigged the congressional map to serve partisan, political operatives rather than fairly represent Ohioans.”

Under a new process established under a popular 2018 constitutional amendment, creating a 10-year map — the ideal — would have required robust Democratic support. Without it, the plan will last only four years.

States must redraw their congressional districts every 10 years to reflect new population numbers. Under this year’s U.S. Census results, delayed due to the coronavirus pandemic, Ohio lost one seat in Congress starting next year, taking it from 16 to 15.