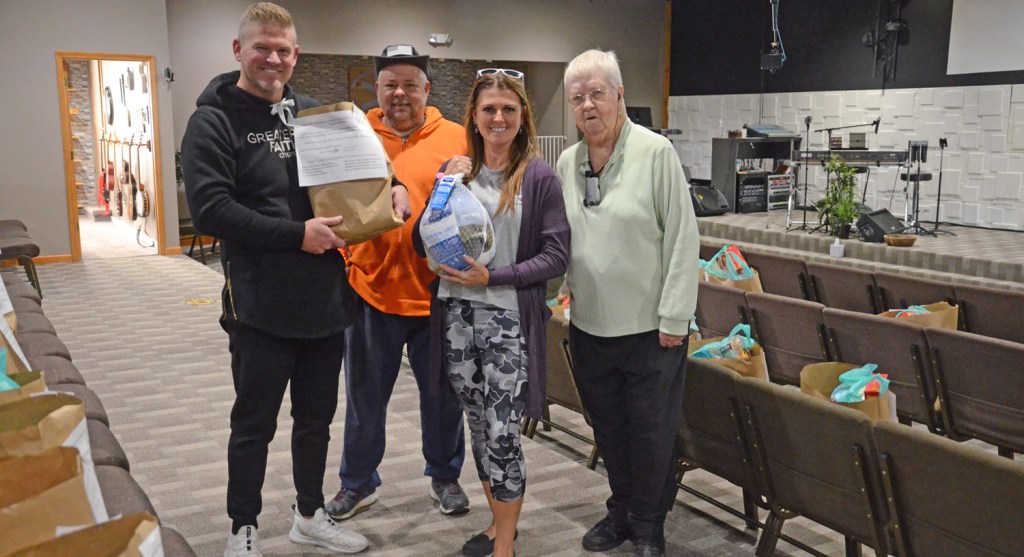 Jeremy Sherrill, left, pastor of Greater Faith Church in Ironton, and volunteers at the Thanksgiving food giveaway at the church on Tuesday. (The Ironton Tribune | Heath Harrison) 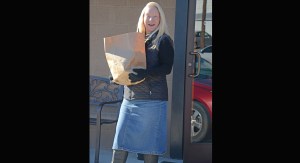 Church considering efforts for other times of need in year

“We, as the church, are not just here to gather,” pastor Jeremy Sherrill, of Greater Faith Church in Ironton, said.

Sherrill said the church is following the message of Christ and going forth and helping the community.

And on Tuesday, that spirit could be seen when volunteers at the church helped distribute nearly 100 frozen turkeys and Thanksgiving meals to those in need.

Sherrill said the effort began when they were contacted by Antonio Murphy, of the Young Brilliantnaires community group, who was wanting to do such an event in memory of his late brother.

“He called and we jumped to get on board,” Sherrill said, describing Murphy as the “vision” behind the event and saying the church provided the “hands and feet.”

Sherrill said the food was paid for by donations, mostly from members of the church, but they had sponsors as well, including Bert’s Pets, Brown Landscaping, My Town Auto Group, Phillips Funeral Home, One-Hour Auto and the Ironton Mayor’s Office.

He said the meal packages included the ingredients to make a traditional Thanksgiving dinner.

“Corn, beans, gravy, mac and cheese,” he said. “They can take that home and make a meal.”

Sherrill said the church began doing the event two years ago and decided to continue it.

“It went really well that year,” he said.

He said they have seen an outpouring of charitable events around the holiday season and they are considering the need year-round and may refocus their efforts toward other months.

“It’s something we’re thinking about doing,” he said.

To receive the meals, he said all participants had to do was text their info in and the turkeys and packages were set aside for them.