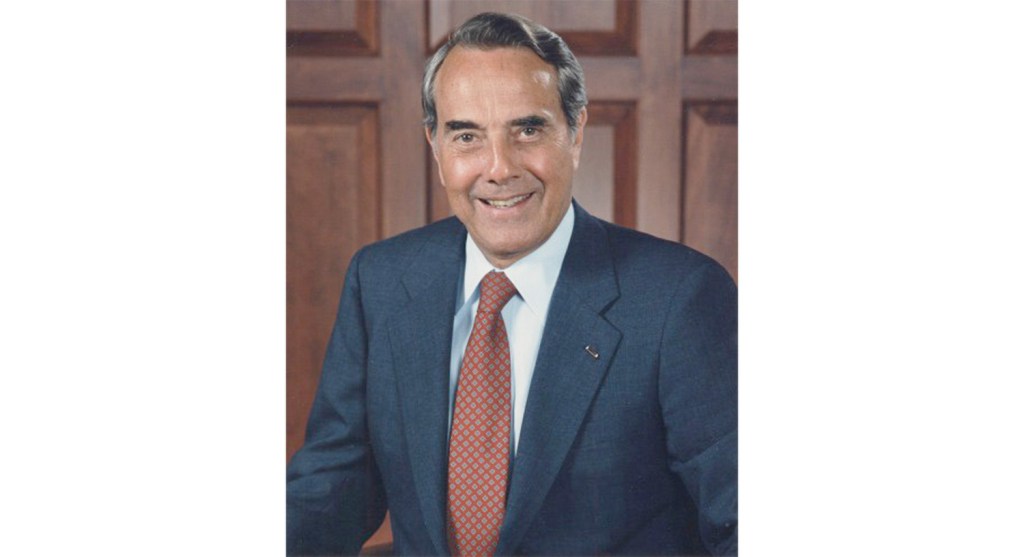 In addition to his long career of public service, the three-time presidential candidate, statesman and World War II veteran is being remembered for the wit and sarcasm he often employed.

Here are some examples of memorable quotes from his career:

“I slept like a baby. Every two hours. I woke up and cried.”
— on how he felt about his distant finish in the 1980 New Hampshire presidential primary

“Even before I hit the ground, my cell phone rang. It was a trial lawyer saying, ‘I think we’ve got a case here.’”
— after he fell from a stage at a campaign event

“There they are: See No Evil, Hear No Evil and Evil.”
— after seeing former presidents Jimmy Carter, Gerald Ford and Richard Nixon at a White House event

“I remember one day on the floor, I said, ‘Now, gentlemen, let me tax your memories.’ And Ted Kennedy jumped up and said ‘Why haven’t we thought of that before?’”

“We got the burglar vote.”
— when asked how the 1972 Watergate scandal would affect Republicans in that year’s elections

“If you’re hanging around with nothing to do and the zoo is closed, come over to the Senate. You’ll get the same kind of feeling and you won’t have to pay.”

“You feel a little older in the morning. By noon, I feel about 55.”

“Tomorrow is the first day of my life when I have nothing to do.”
— from his 1996 concession speech, which marked his exit from politics after four decades

“Well, not enough, apparently.”
— when asked by David Letterman what he had been doing lately, three days after his defeat in the 1996 presidential election

“I don’t run around saying ‘Bob Dole does this’ and ‘Bob Dole does that.’ That’s not something Bob Dole does. You know it, I know it and the American people know it!”
— To Norm Macdonald, who portrayed Dole on Saturday Night Live during the 1996 campaign