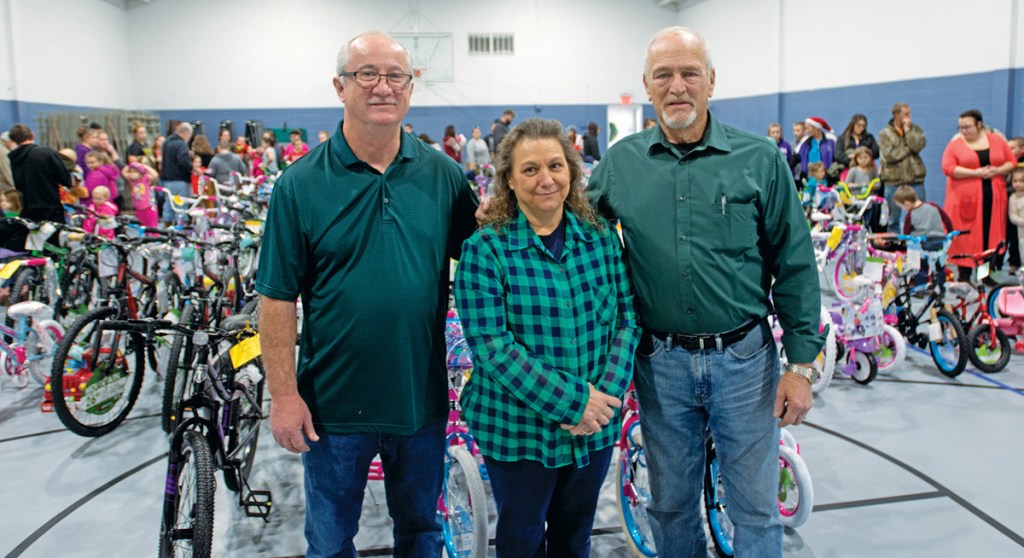 Annual event set for next Saturday

The organizers of the annual Lawrence County bike giveaway are looking for a couple more kids who need bikes.

“It’s a bit unusual this year, because we have bikes and we are looking for kids to give them to. Usually, we have the opposite problem,” John Dickess said.

The annual bike giveaway was started in 2010 by Dickess, owner of Dickess Auto Repair, and general manager of the Ironton Advance Auto Parts, Don Schwartz, so that kids in need could get a big Christmas gift.

The bike giveaway will be 1 p.m. on Saturday, Dec. 18. It will be held on the corner of Sixth Street and Park Avenue in Ironton, between Dickess Auto Repair and Advance Auto Parts.

The tradition of the bike giveaway began a decade ago. Advance Auto Parts had a girl’s bike and a boy’s bike to give away.

People dropped their names in an entry box for a chance to win the bike.

Dickess said that they needed more bikes after looking at all the entries and went out and bought a couple more. When he was dropping them off, a customer said he’d chip in ten dollars and the whole project expanded to the pair giving away 64 bikes that year.

“We couldn’t do this ourselves,” Dickess said. “The community is the one that puts this on.”