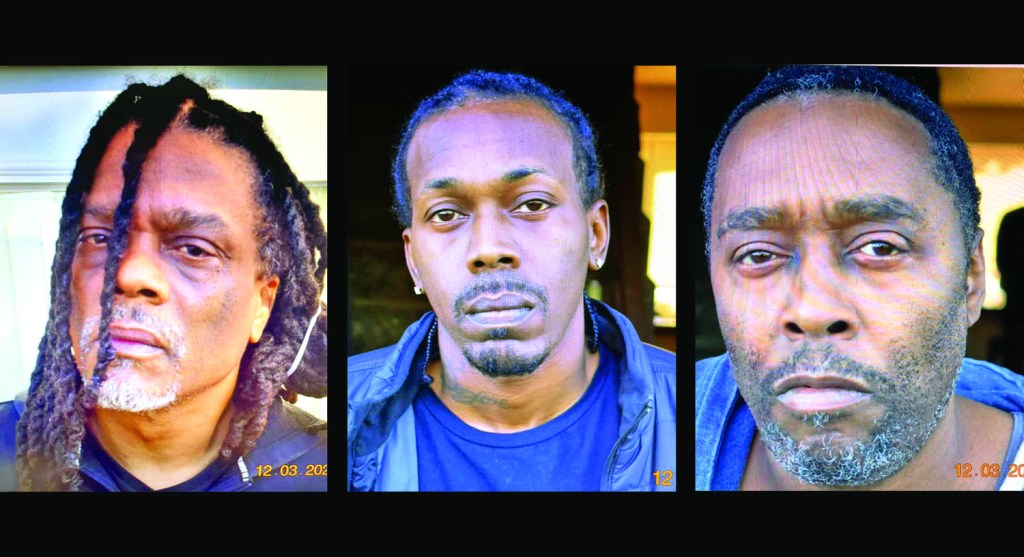 Three men were arrested by the Lawrence Drug and Major Crimes Task Force for having numerous drugs and related compounds.

On Dec. 3, the task force executed a search warrant after making controlled buys of fentanyl compounds. During the search, the officers seized a clamp and molds used in the production of fentanyl compounds, more than 200 grams of a fentanyl related compound, two pounds of marijuana, a stolen firearm, 170 tablets suspected to contain fentanyl and approximately $7,000.

The three men, Deon L. Calvin, of Proctorville, Kawanie Jefferson, of Detroit, and Alonzo Cathey, of Detroit, were charged with trafficking in drugs. The case will be presented to a grand jury in the coming weeks.

“At the Lawrence County Prosecutor’s Office, we are using a three-pronged approach to battle this drug epidemic,” he said. That includes education, treatment and enforcement.

On the education front, they have the Student Ambassador Program to show youth the dangers and realities of licit and illicit drug use. Investigators and deputies are engaging students from each school district in our county helping to build positive interactions, trust and developing student ambassadors to support their fellow classmates in leading drug-free lives.

The prosecutor’s office’s Lawrence County Quick Response Team operates by proactively and reactively contacting drug overdose survivors in efforts to explain and encourage treatment options, to assist in connecting the survivor to needed/desired services through a wide variety of service providers.

“Our team works with each court to include specialized dockets helping to follow up with those who are at risk of overdose or abuse. Our QRT is comprised of two law enforcement investigators, a paramedic, service providers on a weekly rotational basis,” Anderson said. “Our investigators with the QRT work to help manage survivors in treatment and strive to make every effort to identify the source of substances causing death related to drug overdose in order to hold those responsible, accountable.

On the enforcement side, Anderson said the drug task force “works to arrest those responsible for selling the poisons that harm our community. Our investigators target mid- to upper-level drug traffickers throughout all of Lawrence County to include the trafficking of licit and illicit drugs.”

The team uses information from citizens, anonymous tips, covert operations, the court systems and other law enforcement to seek out those “who victimize our communities by pushing these poisons,” Anderson said. Through this three-prong approach our teams continue to demonstrate innovative ways to engage our communities in the most effective methods possible.”