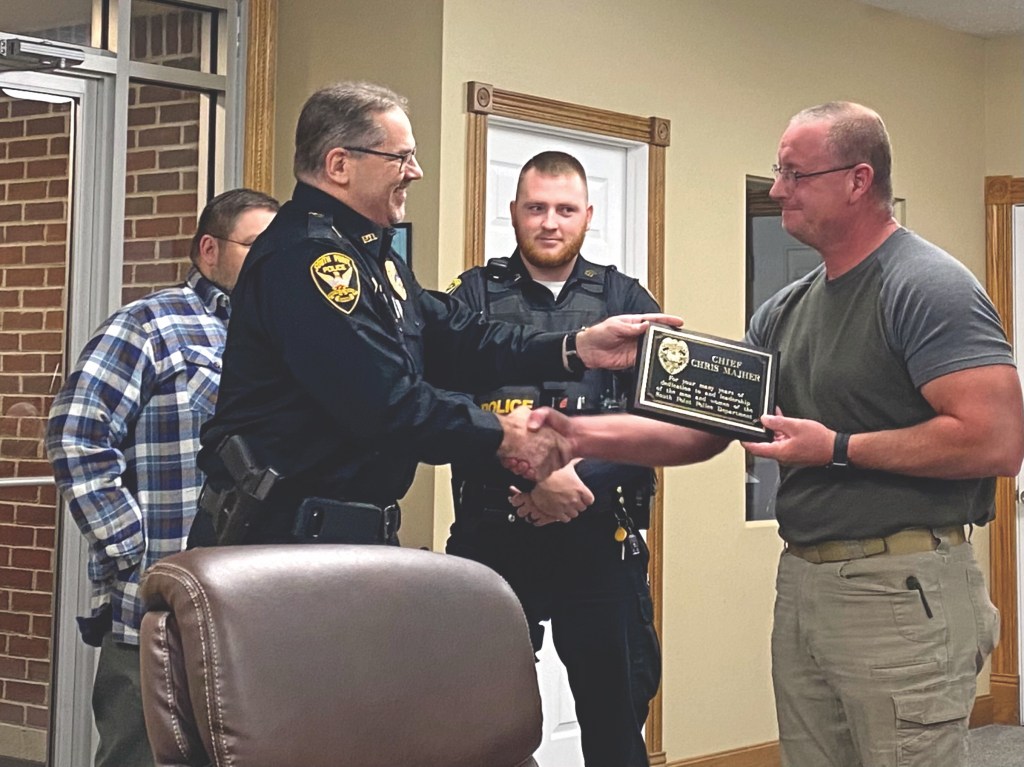 South Point Police chief Chris Mahjer was surprised with a plaque by members of his department at the Dec. 7 meeting of village council. Mahjer was honored by officers for his years of service to the village. He joined the village’s police department in 2000 under Mayor Bill Gaskin, then was appointed by that mayor as assistant chief in 2005. In 2010 Mayor Ron West named Mahjer as chief and he continues to serve today under Mayor Jeff Gaskin. (Submitted photos)