Semi gets stuck on railroad crossing in Ironton 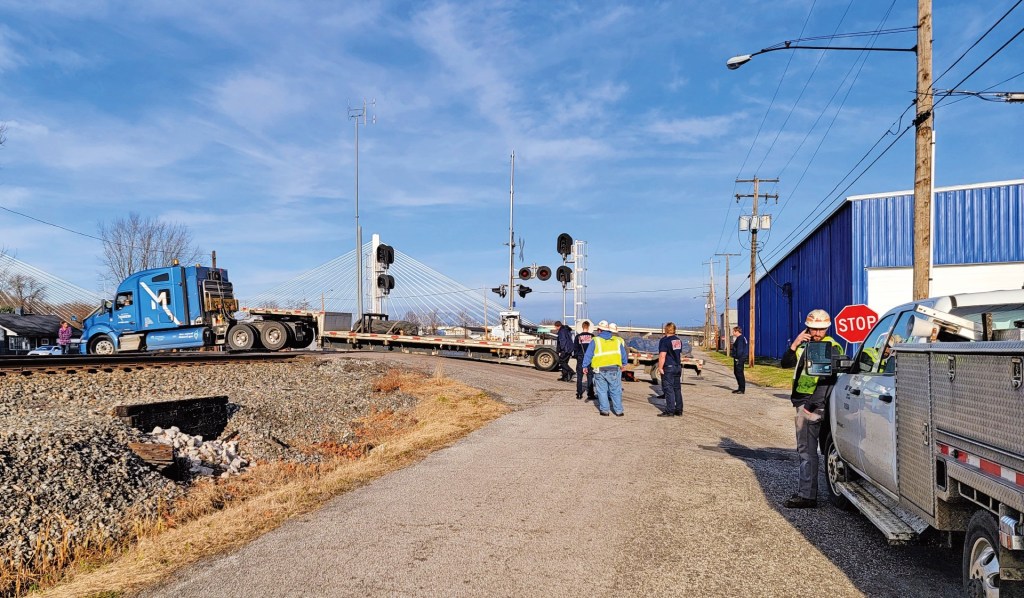 Members of the Ironton Fire Department and Norfolk Southern Railway were on the scene of semi-trailer that got stuck on the Pine Street railroad crossing on Thursday morning. The driver was able to raise the vehicle and trailer enough to clear the crossing before a train came through. (The Ironton Tribune | Mark Shaffer)

On Thursday morning, a semi-trailer out of Canada that was making a local pickup in Ironton got stuck on the train tracks.

Ironton Fire Department Captain Jeff Joseph said a call came in around 9:30 a.m. about the truck being stuck on the tracks on Pine Street.

“The driver was able to get it off himself,” he said.

The driver used a couple of large pieces of rubber to get traction with the truck’s rear wheels and adjusted the hydraulic shocks on the trailer to get enough height so he was able to back off the train track and was rerouted to a different crossing.

A crew from Norfolk Southern Railway was also called to the scene. An approaching train was told about the situation and slowed down until given the all-clear to proceed. The train came through just after 10 a.m., about four minutes after the truck left.

Joseph said a truck getting stuck on the railway doesn’t happen often.

“You might have that happen once every three or four years,” he said. “Somebody will pull up on it and misjudge it, generally it happens when they have the trailer set too low for this steep grade.”

Symmes Valley student council shops for those in need