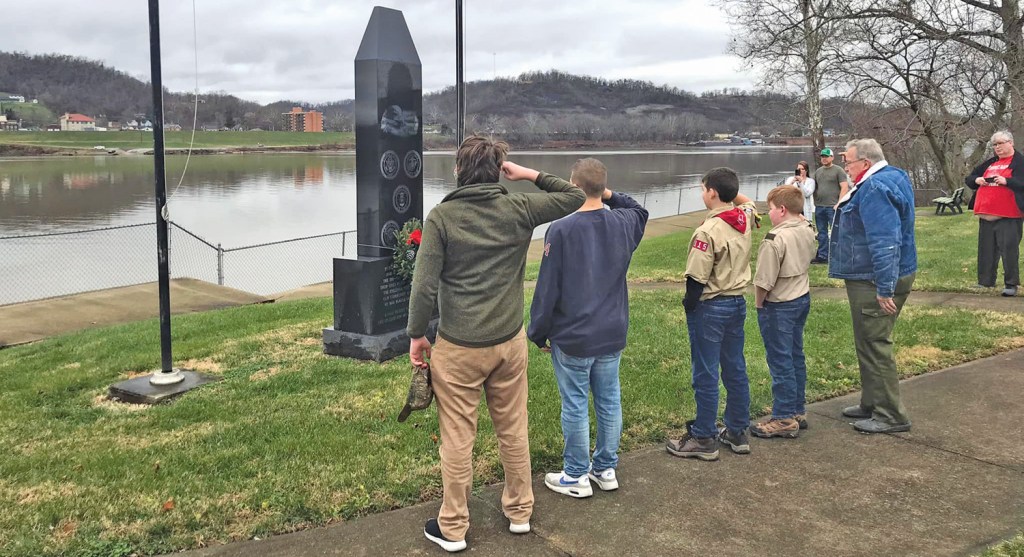 On Saturday, members of Boy Scout Troop 115 put a wreath on the veterans memorial along the Ohio River in South Point as part of the annual Wreaths Across America event. (Submitted photo)

The event took place at the village’s veterans memorial on the riverfront.

Mayor Jeff Gaskin said several veterans were in attendance for the event, including South Point resident Buel Collins, who served in World War II and was a prisoner of war during that conflict.

Collins, who has been inducted into the Order of St. Maurice, an honor given to infantrymen by the National Infantry Association and the Chief of Infantry, fought with U.S. Army’s 442nd Infantry Regiment, 106th Infantry Division.

He was honored earlier this year in a veterans ceremony at the Lawrence County Courthouse.

Saturday’s event was part of Wreaths Across America. In Ironton, wreaths were on veterans graves at laid at Woodland Ceremony.