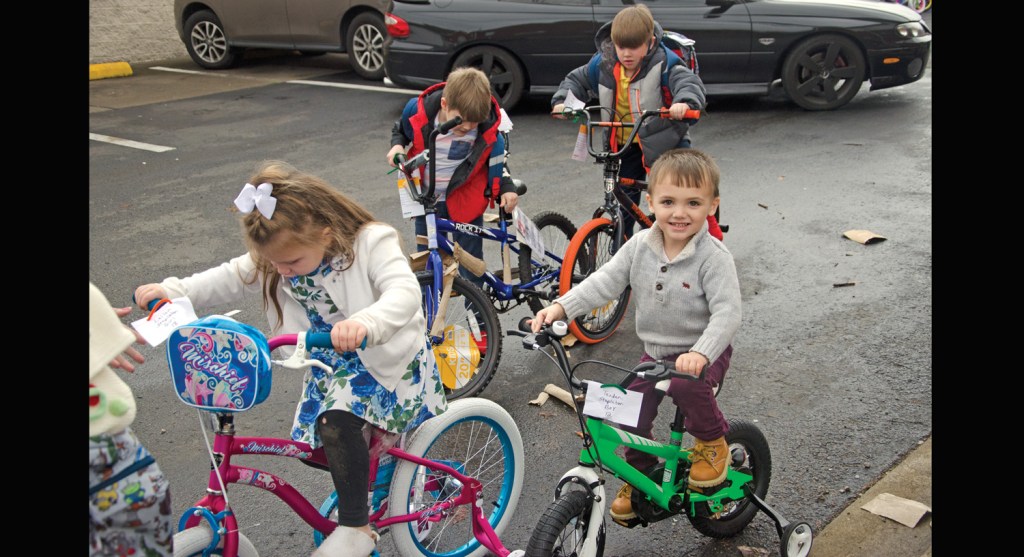 Children enjoy their new rides after receiving them as part of the annual bike giveaway at Dickess Auto on Saturday. (The Ironton Tribune | Heath Harrison) 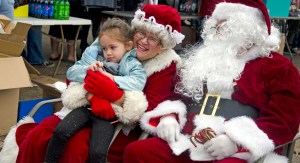 “John, you’re the greatest,” one family member of a child who received a bike said to John Dickess, owner of Dickess Auto Repair, on Saturday. “I don’t know how you do it.”

A line of children and parents snaked around the shop, as they waited to receive the bike they had signed up for as part of the annual giveaway.
Dickess said 186 bikes for children and teens were given out at the event, which began in 2010.

The annual bike giveaway was started by Dickess and general manager of the Ironton Advance Auto Parts, Don Schwartz, so that kids in need could get a big Christmas gift.

Anyone who knew a child in need could call the shop and sign them up for a bike.

In addition to the bikes, children in line got a chance to meet with Santa and Mrs. Claus and receive toys from a tent set up nearby.