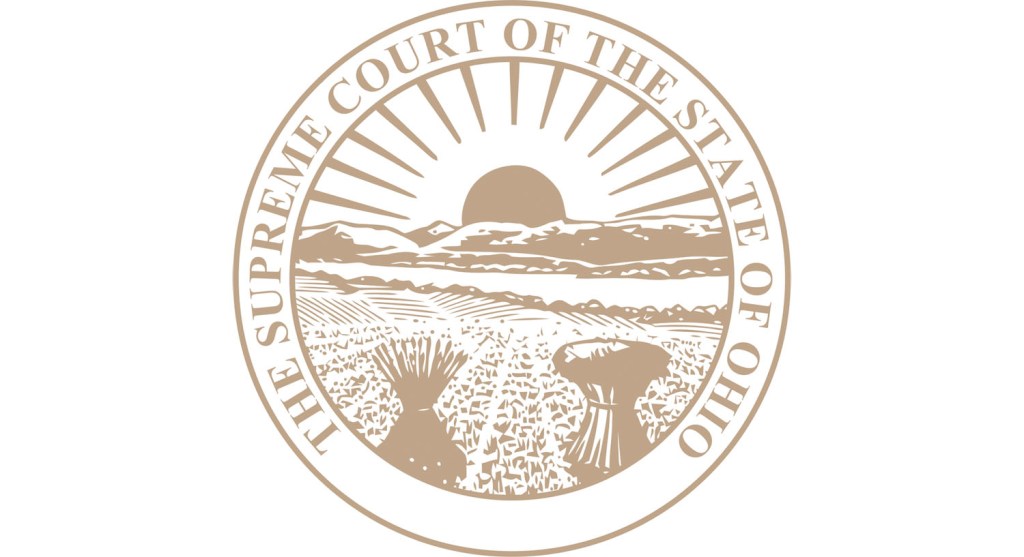 COLUMBUS, Ohio (AP) — The question of whether Ohio’s new congressional map was unconstitutionally gerrymandered to favor the Republicans who controlled the mapmaking process drew strong pushback Tuesday among justices of the Ohio Supreme Court.

Oral arguments in two lawsuits challenging the new 4-year map showing boundaries for 15 U.S. House districts were pushed online by a new COVID-19 surge.
Justices asked how the new lines were fair to Democrats and minority voters, why opponents must prove it was gerrymandered “beyond a reasonable doubt” and if Ohio voters’ decision to overhaul the state’s redistricting procedures with a 2018 constitutional amendment effectively overruled legal arguments drawn from the battle over Ohio’s current map, drawn in 2011.

“Why would we use that as the starting point, the 2011 map, when clearly the the intervening factor was the vote of the people that demanded that you scrap that kind of analysis and you go with, (that) your guidepost is not to unduly gerrymander the elective maps?” asked Chief Justice Maureen O’Connor, a potentially key swing vote.

Phillip Strach, an attorney for Republican legislative leaders, said the people wanted less partisan districts “and that’s absolutely what they got.”

Lawyers for voting-rights and Democratic groups argued it’s indisputable that the map “‘unduly’ favors the Republican Party,” which would be unconstitutional.

The two suits were brought by the National Democratic Redistricting Commission’s legal arm, as well as the Ohio offices of the League of Women Voters and the A. Philip Randolph Institute.

The latter two groups surmise the map includes 13 Republican districts — 10 safe seats and three “arguably competitive” ones that also favor the GOP — and only two safe Democratic districts. That’s 67 percent of seats for Republicans, despite their candidates receiving only about 54 percent of votes in statewide races over the past decade, the two groups’ lawsuit said.

Meanwhile, the NDRC’s constitutional challenge contends the map leans 12-3 in favor of Republicans, although the GOP describes it as 6-2, with the remaining seven districts being competitive.

Ohio and other states were required to redraw their congressional maps to reflect results of the 2020 census, under which Ohio lost one of its current 16 districts due to lagging population.

Ben Stafford, representing the NDRC, pointed to the new map’s “efficiency gap,” a measure of votes wasted because lines strongly favor one party or the other. A Democrat’s vote in a slam-dunk Republican district, for example, or vice versa.

Stafford said Republicans who drew the new map “cherry-picked” which statewide elections’ results they used to determine “competitiveness,” and that that line of argument was flawed.

“So competitiveness and partisan fairness are not the same concept,” he said. “If Ohio State every year has to spot Michigan a two-touchdown lead, it might make the game more competitive (but) the rules are set up to favor one team over the other, and that’s exactly what they’ve done here.”

The plan in dispute sprinted through the Ohio Statehouse last month and passed without Democratic support. It was signed days later by Republican Gov. Mike DeWine, whose son, Pat, is one of four GOP justices on the seven-member court.

Because the map got no backing from Democrats, it will hold for just four years, rather than the typical 10.

Both lawsuits target DeWine and the other members of the powerful Ohio Redistricting Commission, rather than the Legislature.

Voters empowered the commission with a potentially pivotal role in approving Ohio’s legislative and congressional district maps, but the panel missed its deadline for approving a congressional map without taking a vote. That punted the process back to the GOP-led Legislature, which approved the map despite Democrats’ objections.