Danny Tyree: Does Baby New Year give you the creeps? 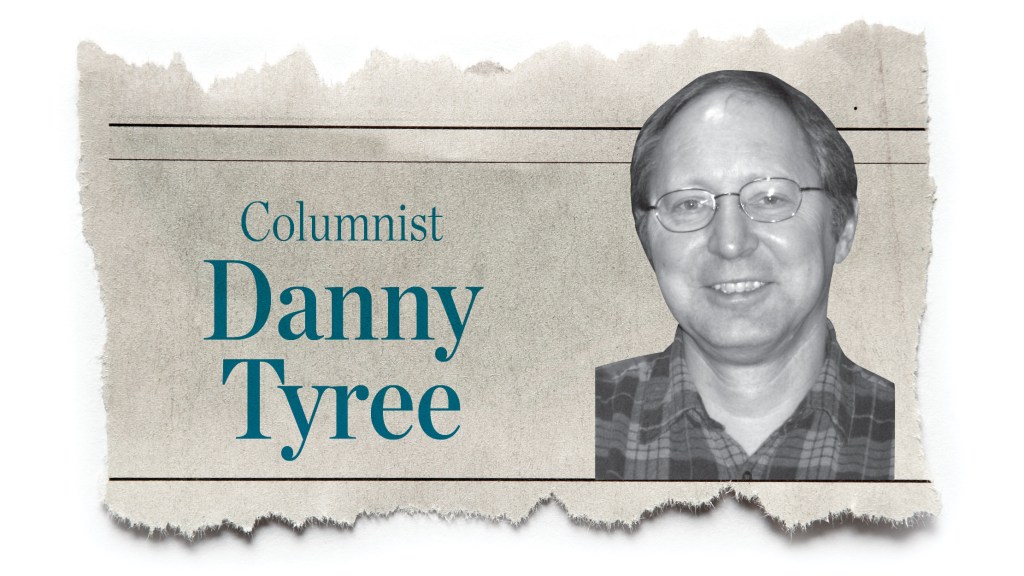 Perhaps one reason I never get invited to New Year’s Eve parties is that I tend to overanalyze things.

Society’s reliance on this iconic tyke in editorial cartoons, greeting cards and advertising campaigns causes me to lose more sleep than the ball drop in Times Square.

Most people blithely accept a half-naked, curfew-deprived newborn gallivanting about the countryside unchaperoned, but I see it as one more troubling repercussion of the “Defund Child Protective Services” movement. For the kid’s sake, it’s a good thing no one has revoked the self-defense “crawl your ground” laws yet.

From mid-December through mid-January, images of Baby New Year are ubiquitous; but we still possess only a maddeningly sketchy picture of his agenda.

Every autumn as the jack-o’-lanterns make way for turkeys, folks inevitably ask, “Where did the year go?”

We almost never see Baby New Year again until late December when he has deteriorated into osteoporosis-plagued Old Year. What is he doing in other seasons, at other life stages? Is he using his sash to hide his zits? Does his noisemaker drown out his mother-in-law? Is he using his trusty hourglass to keep track of his Viagra?

There’s something creepy about the way the kid invariably becomes decrepit in a mere 12 months. I don’t care if he can say “Mama” or “Dada.” My question to him is “Can you say, ‘more research funds for extreme glandular conditions, please’?”

We’re supposed to feel comforted by the annual ritual of Old Year “passing the torch” to Baby New Year, but there’s always the risk of Old Year setting his stereotypical beard on fire in the process! Why can’t years aspire to being The Year World Peace Was Achieved instead of The Year I Became ZZ Top?

Time after time, Old Year lets the naïve, effervescent Baby New Year take the reins, without any warning of the “nothing new under the sun” mixture of earthquakes, pestilences, economic hiccups and celebrity scandals that will inevitably ensue. Occasionally, an Old Year will try to blink out a warning in Morse Code, but the cataracts cause miscommunication. (“Put the kibosh on term limits? Thanks, sir!”)

I am deeply frustrated by the inconsistency of the mythology. Sometimes Baby New Year starts as an infant, sometimes as a toddler. He bears a suspicious resemblance to Valentine’s Day mascot Cupid. Old Year sometimes is and sometimes isn’t conflated with Father Time. (Father Time is reportedly not keen on the title, musing, “I’m going to beat the snot out of the Old Year in which paternity tests were introduced.”)

As my son Gideon reminded me, the animated holiday special “Rudolph’s Shiny New Year” contains helpful backstory on one particular New Year (“Happy”) and the Archipelago of Last Years, where the Old Years go to retire. But I’m not sure I accept that cartoon as canonical. It has the distinct aroma of a Chinese disinformation campaign, especially the uncut version with the Island of Non-existent Lab Leaks.

On a brighter note, you could make a billion dollars if you could write a book on “What to Expect When You’re Expecting Baby New Year.”