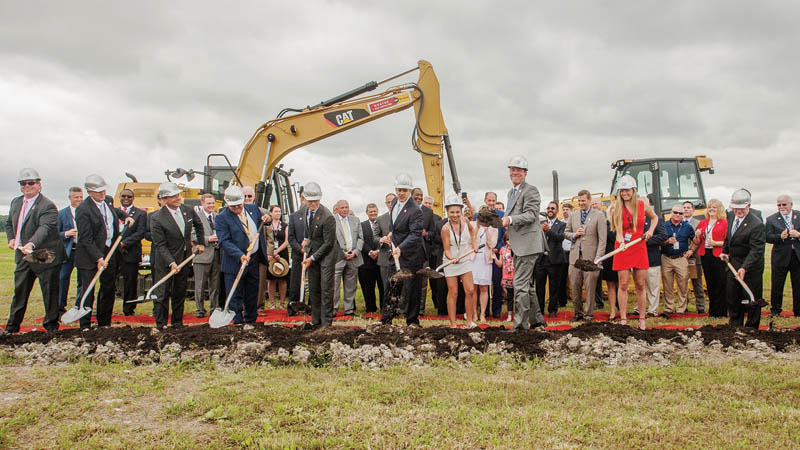 FRANKFORT, Ky. (AP) — Kentucky lawmakers signaled Wednesday that their patience is wearing thin with an aluminum company’s long-stalled promise to build a massive plant backed by a state investment.

A bill that would set in motion efforts to recover the state’s $15 million investment in the project won initial approval from the Senate Appropriations and Revenue Committee.

Committee members said they still hope the plant gets built. But the legislation puts more pressure on Unity Aluminum, formerly known as Braidy Industries, to follow through on its five-year-old promise to build the aluminum rolling mill near Ashland in northeastern Kentucky.

“What we want is an aluminum mill, not $15 million,” said Sen. Chris McDaniel, the committee chairman. “But our confidence has been greatly eroded.”

McDaniel, the bill’s sponsor, said frustration with the project’s long delays has “reached a boiling point.” He said it’s “time to begin to apply additional levels of pressure” on the company.

Company executives need to reach out to lawmakers and the public with updates on the project’s status, especially for people in the Ashland area, McDaniel said.

Amid great fanfare, the company had announced plans to build the Appalachian plant, projecting it would create more than 1,000 constructions jobs, 550 full-time mill jobs and thousands of indirect jobs in a region in need of the jobs. The construction delay has increased the project’s cost, with Unity’s website indicating it’s now expected to require $2.2 billion, the Courier Journal reported.

Then-Gov. Matt Bevin persuaded lawmakers to approve the state’s $15 million investment in 2017. The company at that time planned to have the mill open in 2020. But it has struggled to complete financing for the project, and the company underwent a high-profile management shakeup.

The company didn’t immediately respond to emails seeking comment Wednesday about the bill.

Lawmakers said Wednesday that they hope such actions are unnecessary.

Sen. Robin Webb said she remains a “cautious optimist” that the project will be built, expressing faith in the project’s investors. Residents in her northeastern Kentucky district would directly benefit from the new plant.

“I think there is still a really good opportunity, but it is our duty to make sure everything is moving forward,” he said. “And this bill will continue to keep that type of focus on it. But in the long run, I think this will happen,”