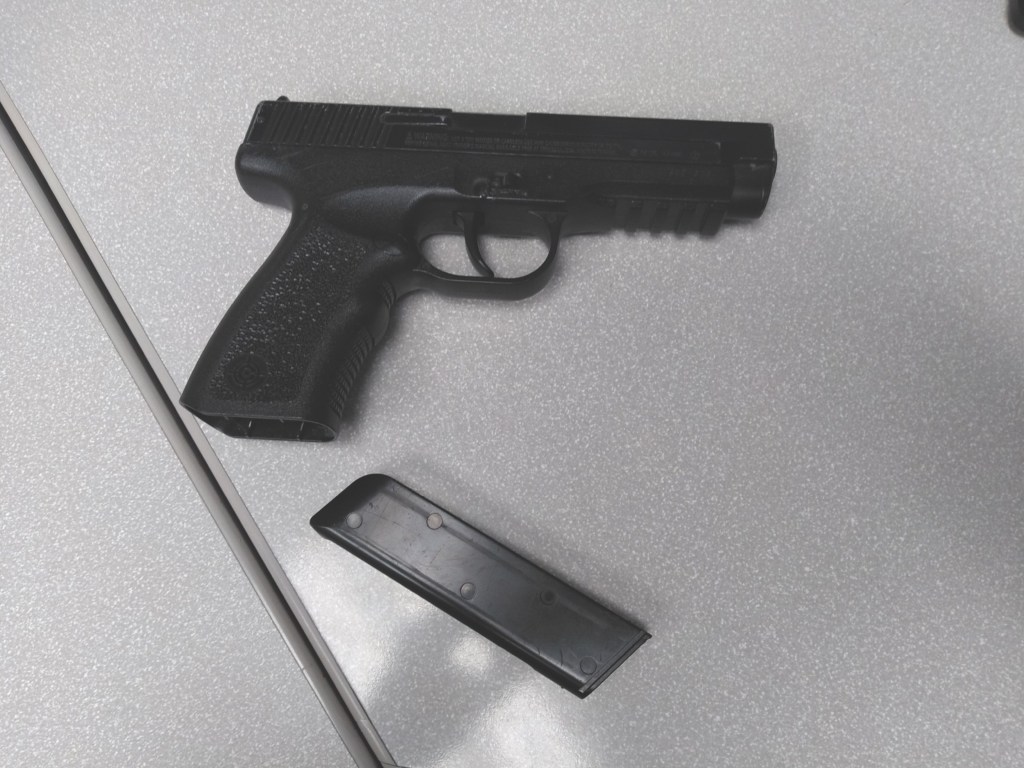 A BB gun, which Ironton police said was produced by Logan T. Rife before his arrest on Jan. 22. (Ironton Police photo)

An Ironton man was arrested after police said he produced a BB gun at the Lawrence County Sheriff’s Office.

According to a Facebook post from the Ironton Police Department, officers were dispatched to the Lawrence County Sheriff’s Office at 11 p.m. on Jan. 22 regarding a male wanting to speak with an officer.

The department said Sgt. McKnight responded to the call and made contact with the male, identified as Logan T. Rife, 18, of Ironton.

Police said Rife, while speaking with McKnight, demanded several times that he be placed under arrest regarding pending charges in reference to a previous incident that he was summoned into court for.

They said Rife advised if he wasn’t placed under arrest, he would go and commit additional crimes so he would have to go to jail.

Police said Rife then handed McKnight a small glass vial with a crystal-like residue inside of it, which later tested positive for Methamphetamine. McKnight said he advised Rife that the amount inside of the vial would not be enough to be placed in jail over, due to COVID-19 restrictions in the Lawrence County Jail.

He said Rife then stated “What about this?” and, in a quick manner placed his right hand inside of his waistband and began pulling out what McKnight and other witnesses on scene observed to be a handgun.

Sgt. McKnight said he was able to quickly grab Rife’s hand off of the handgun and get it away from himself and Rife. Rife was then placed under arrest.

The department stated “the outcome was best case scenario, as no one was injured during the incident.”

Police said the handgun was later confirmed to be a BB gun. Rife was housed in the Lawrence County Jail on multiple charges and was arraigned In the Ironton Municipal Court on Tuesday. The investigation is still ongoing.