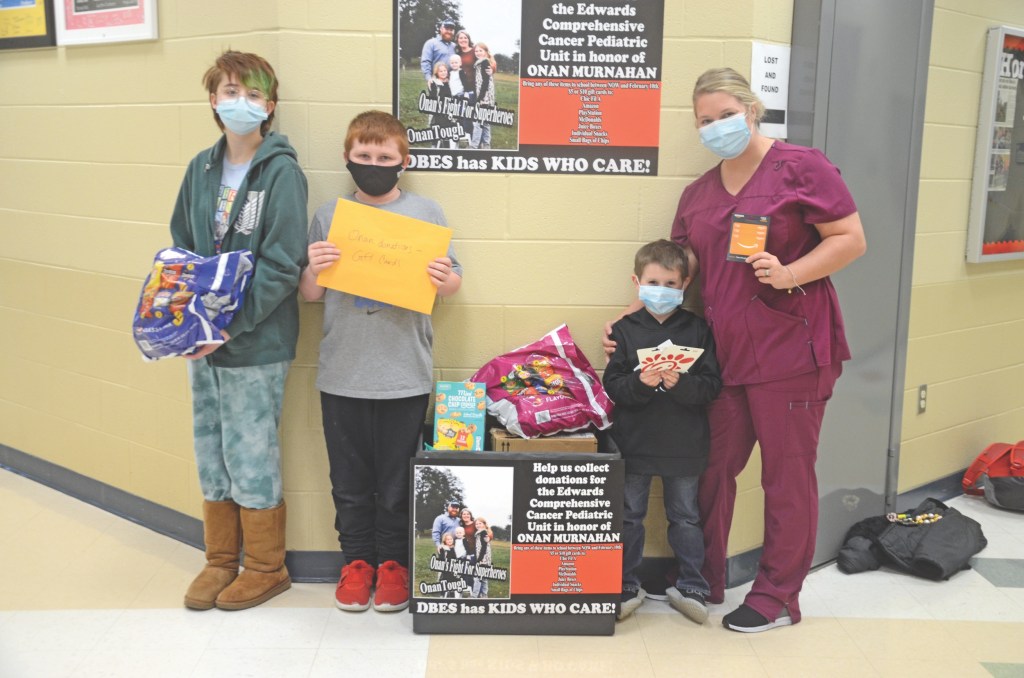 Leading into Valentine’s Day, students at Dawson-Bryant Elementary School are showing love and kindness by collecting for a community service project.

A donation box was set up this week to collect items for the Edwards Comprehensive Cancer Pediatric Unit at Cabell Huntington Hospital.

“We just started this,” Audra Deere, the school’s counselor said, stating that students have been dropping off items such as juice boxes, snacks, bags of chips and gift cards for Chick-fil-A, Amazon, Playstation and McDonalds.

The collection runs until Feb. 10.

The collection is being done in honor of Onan Murnahan, the son of Kayla Murnahan, a nurse’s aide at the school.

Onan was diagnosed with cancer at the age of two and died last April at age 3, after a fight of few months.

His sisters, Eva and Jayci, began collecting donations for the cancer unit in his memory. The drive is timed to also commemorate Onan’s birthday, which is Feb. 13.

“They were getting the things most requested,” Monica Mahlmeister, assistant principal at the school said of the collection, for which the school is partnering with the family.

Mahlmeister said anyone from the public who would like to join the effort can drop off items at the school’s office until the last day of the drive.

More information about Onan can be found by visiting OnanTough on and the nonprofit organization, Onan’s Fight For Superheroes on Facebook.