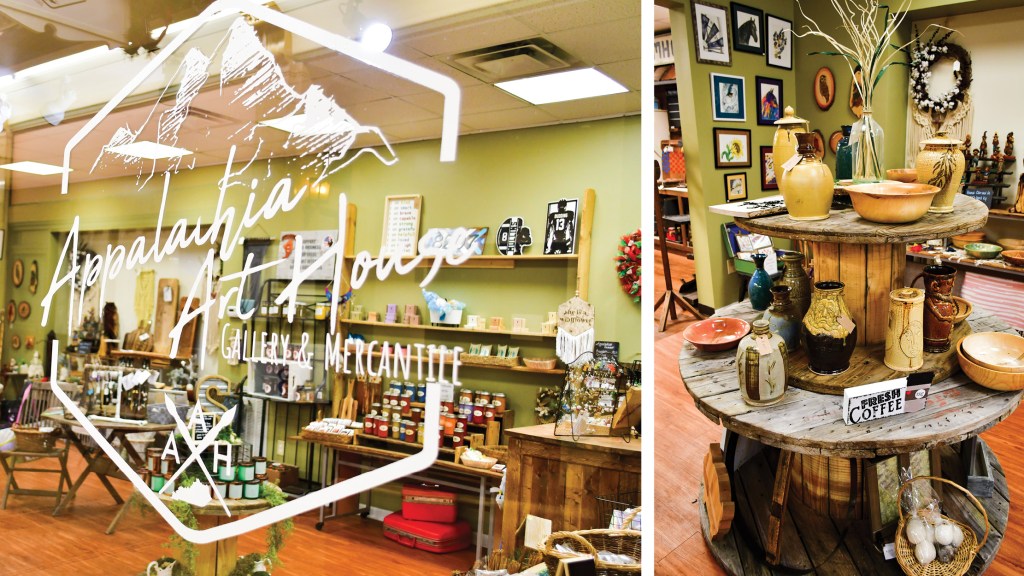 In 2007, Christy Harris made a life change. She had been a nursing assistant for a number of years, but after her husband was diagnosed with a brain tumor in 2006, she left the field.

“I was not able to continue doing that [nursing], but I needed to find a way to make money and provide for my family [Harris, who is originally from Grayson but has lived in Ashland since she got married in 2005, is also the mother of 12 children — nine of whom were adopted from foster care],” she said. “So, I started making crafts. I’ve always done and had an interest in art.”

A talented painter, Harris began creating wood signs and door hangers. She used Facebook as her primary method of advertising, and her work became very popular around the area.

“Then, one day, I had an epiphany,” she said. “Whenever I saw those paint studios that were doing group lessons I thought, ‘I could do that with door hangers.’”

She was right. Harris started her own business, Brush Therapy Mobile Art Studio, in 2014, and it “just took off.”

“I would say that I’ve been a full-time artist for about five years. I’ve painted murals and done commissioned artwork. I always like to push myself into seeing what I can do,” Harris said. “I’ve done a few chalk events, and since the arts have become a renewed focus for Ashland, I thought it would be a good idea to have a business to showcase local arts and crafts. That’s how this came about.”

“My hope is that this will be a place where artists and crafters can showcase their work. Used to, the only place you could really display your items was at a vendor event, and those are hard. You have to set everything up, take it all down and commit to being there the whole time,” Harris said. “Here, they can just bring their products to me and all that they have to do is keep their stock replenished in order to make sales. It’s much more convenient for the artists and crafters that want to make money from their trade.”

“I knew I wanted to be downtown, and the Camayo Arcade is really nostalgic and beautiful. We were lucky enough that whenever we started looking, we found a space that was large enough to accommodate what we were wanting to do that was also affordable,” Harris said. “Our original plan was to open around July.”

But that was the same time that the number of COVID-19 cases were having a resurgence in the area. So, they         decided to wait.

Now, a few months in, the store has handmade items from about 30 vendors native to the Ashland/Tri-State area. Each vendor’s work is paired with a sign that says, “Handmade with Love from …” to further emphasize the local connection.

“Most are located within 30 miles of here,” Harris said. “To find vendors, I initially put out a call on Facebook and contacted folks that I had met at craft fairs over the years, but now, people are contacting me.”

From candles and jewelry to wood carvings and macrame, the selection is diverse. And whether it’s a $5 wristlet or an original oil painting that costs hundreds, shoppers can find unique items to fit every budget.

“We try to have a good mix here so that it’s not a lot of the same type of things,” Harris said. “These are good quality, handcrafted items with a story. A lot of my vendors will come in and share stories with me about why they made it or how they came to make it, and I like to share those stories with customers.”

Take, for instance, the dough bowls made by Kenny Fox   of South Shore, Kentucky.

“The wood he uses comes from his own farm,” Harris said. “He made his first one because his granddaughter was getting married, and he wanted a centerpiece for her table. So, he just went and cut down a tree.”

The woodwork made by Farmhouse Repurposed is another good example of the creations in Appalachia Art House having an interesting history.

In addition to helping other creatives get their work out to the public, Harris hopes that highlighting the talent of Appalachians will shine some positive light on the area.

“We get a lot of people here from out of town, and there are a lot of misconceptions about Appalachia, but this, it’s a little closer look at some of the real products of Appalachian culture.”