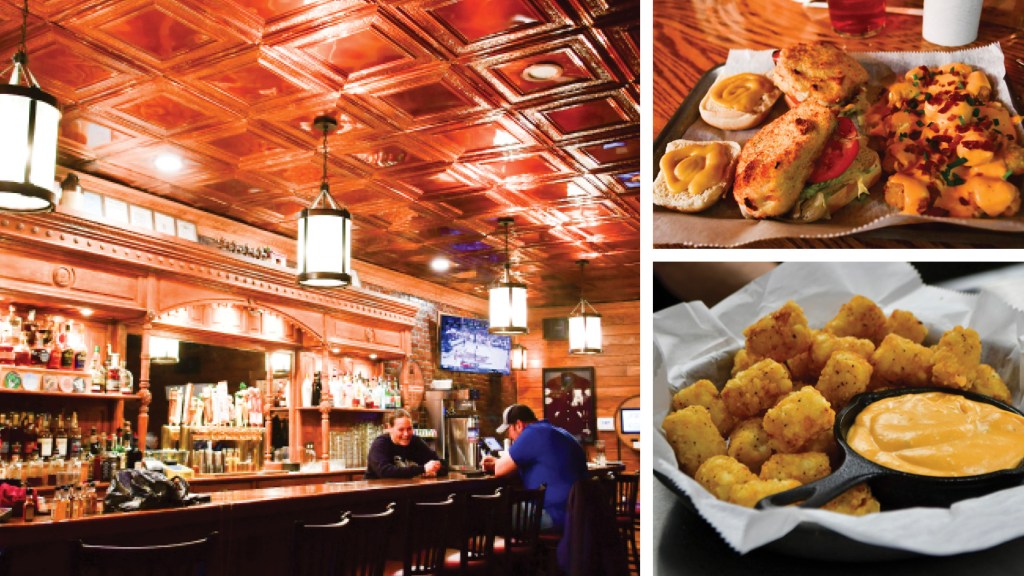 Tomcat Bourbon & Brew House opened their doors into the crisp, mid-October air to invite the public inside. Scott Wamsley, part owner, was elated with the turnout. (Photography by Rachael Layne)

Tomcat Bourbon & Brew House opened their doors into the crisp, mid-October air to invite the public inside. Scott Wamsley, part owner, was elated with the turnout.

“The support and positive feedback from the community is not only overwhelming, but appreciated. Our community really stepped up to support the Brew House today. The place was packed, the live music was jamming, the kitchen crew killed it with the food and our team slayed and worked their tails off,” said Wamsley.

Running a business isn’t new to business partners and close friends Wamsley and Scott Ball. They already share ownership of their own security firm, BWH Security, which employs several security guards in the Tri-State, as well as local Subway franchises. The duo has a wide skill set. Wamsley, a Morehead State University grad, still continues his duties as a public accountant, and Ball formerly worked as a narcotics and law enforcement officer.

Once Boyd County voted to go wet, allowing alcohol sales, Wamsley and Ball wanted to bring something unique to the area. They decided on a restaurant with an elaborate bourbon collection with delectable food pairings.

“We wanted to invest in the city we grew up in. Growing up, I was maybe a five-minute walk away from this little South Ashland area. Scott and I have been lifelong friends since second grade and we wanted to bring an entertainment district to the neighborhood,” said Wamsley.

Located at 2018 29th Street in South Ashland, they hope to bring more foot traffic into the often-overlooked area.

Ball and Wamsley worked closely with Gordon Food Services in order to create a menu that pairs best with their bourbon and craft beer selections. While they do serve food typically found in a bar setting, such as wings and sliders, they also have brought some unique treats to their menu that will make any foodie happy. In particular, candied bacon is a very popular appetizer. Wamsley mentioned that the candied bacon is his favorite menu item.

“The bacon is coated with brown sugar and served with a bourbon maple dipping glaze. It’s sweet, spicy and a ton of amazing. It’s phenomenal,” said Wamsley. If you’re in the mood for tots, they have some delicious beer cheese tots. They offer various flatbread pizzas and sandwiches that will satisfy any craving. Earlier in the day, they even have a brunch menu available for those that appreciate delightful breakfast options.

A signature piece of the restaurant aesthetic is a 22-foot long bar with seating for twenty. The restored bar, bought from an antique dealer in Erie, Pennsylvania, is over 100 years old. In addition to the historic seating, the space boasts original, uncovered brick walls and flooring, which further highlights the ambiance.

In the warmer months, patrons can dine on the outdoor patio and listen to performances by local musicians. In the cooler months, a heated tent-covered patio adorned with whimsical lighting provides additional seating.

The restaurant’s patrons have donated Tomcat memorabilia for the decor. One in particular being the game ball from the 1990 State Championship game, donated by Jason Suman. The ball is actually signed by a few of the players: Jimmy Bentine, Chris Hutt, Greg Gardner, Charlie Johnson and Steve Hicks. Coach Tony Love donated a football helmet from the 2020 State Football Champs. Additionally, Chuck Anderson and Gary Thomas’ families donated a sweater and jersey from the 1975 Jaws Defense Championship.

“We will proudly display these memorabilia at our establishment for all Tomcat fans to enjoy,” said Wamsley. “We’re super excited to get all of these items from numerous State Championship teams displayed. We are very thankful for the support we are getting in Ashland and we can’t wait to start other projects in South Ashland to redevelop the entire area,” Wamsley added.

“Friends who become family, that is the foundation of the Tomcat Bourbon Brewhouse. We are so thrilled to become a part of the close-knit South Ashland Neighborhood. Our families are bringing a love of great food, fellowship and laughter to share with you and yours. We may love our Tomcats, but we aim to serve the entire Tri-State. Stop in the hottest new spot in South Ashland, so we can welcome you into our crew,” said Wamsley.

They have begun offering DOORDASH, so local customers can have their food delivered straight to their doors. Also, they plan to create a space next to the current establishment and create a space for folks 21 and over. This space will open into the outdoor cobblestone heated area and will allow them to offer more available seating.

Wamsley has several ideas for the future of this little district; he would like to make an adjacent lot an outdoor seating area, for folks to gather and mingle. Wamsley even hinted at the possibility of an ice cream shop. It seems the future is looking bright for this little neighborhood in South Ashland, as the childhood friends create a little piece of heaven in their own hometown.