ARTS AND CULTURE: VASO in Dublin named a top rooftop restaurant in America by Tasting Table 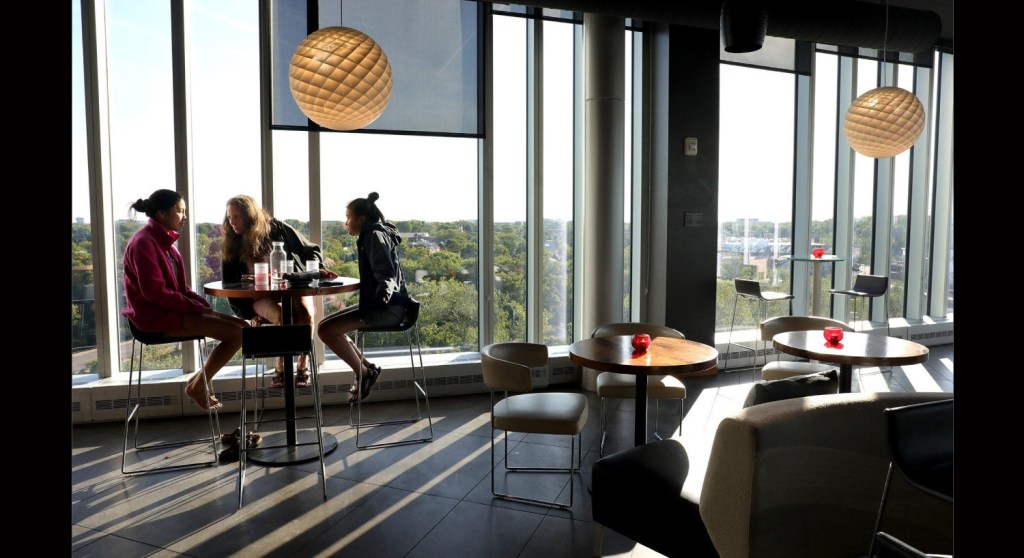 Vaso in Dublin has been named one of the top rooftop bars in the nation.

(TNS) — VASO in Dublin has been named one of the best rooftop restaurants in the country.

Tasting Table, a one-stop shop online for all food and drink enthusiasts, recognized the popular central Ohio hangout as one of the 14 top rooftop eateries nationwide in an article posted to its website last week.

The venue, known for its Spanish-style tapas menu, unique cocktails and panoramic views of the Scioto River, is located on the rooftop of the AC Dublin hotel in the Bridge Park area.

Listed among restaurants in New York City and Los Angeles, as well as those in warmer climates and tourist destinations, VASO is “one of the most pleasant surprises in America,” Tasting Table wrote.

The article praised the central Ohio spot for its cuisine, whether ordering the Cuban ropa vieja or Thai chicken meatballs, and its tiki drinks.

Igloo dining: Greater Columbus patrons can chill outside at local bars and restaurants

“Though its location might not immediately lend itself to rooftop bar superiority, eat at VASO once and you’ll understand why it’s several steps above many other rooftop restaurants in much larger cities,” the article reads.

VASO isn’t new to being recognized as it was named the Restaurant Bar of the Year winner at 2020’s Nightclub and Bar Media Group awards and it regularly makes local “best of” lists.

Rooftop bars: Your guide to 11 of the Columbus area’s most popular rooftop bars, restaurants

It was one of the first rooftop restaurants to open in central Ohio and made the fun igloo-dining experience popular way before the pandemic began.

The one thing the Tasting Table post does get wrong is it says the bar has views of the “Ohio countryside,” which is a bit humorous given the bustling and rapidly developing area that is Bridge Park.

Still, it’s nice to see a central Ohio establishment making national “best of” lists for all the right reasons.