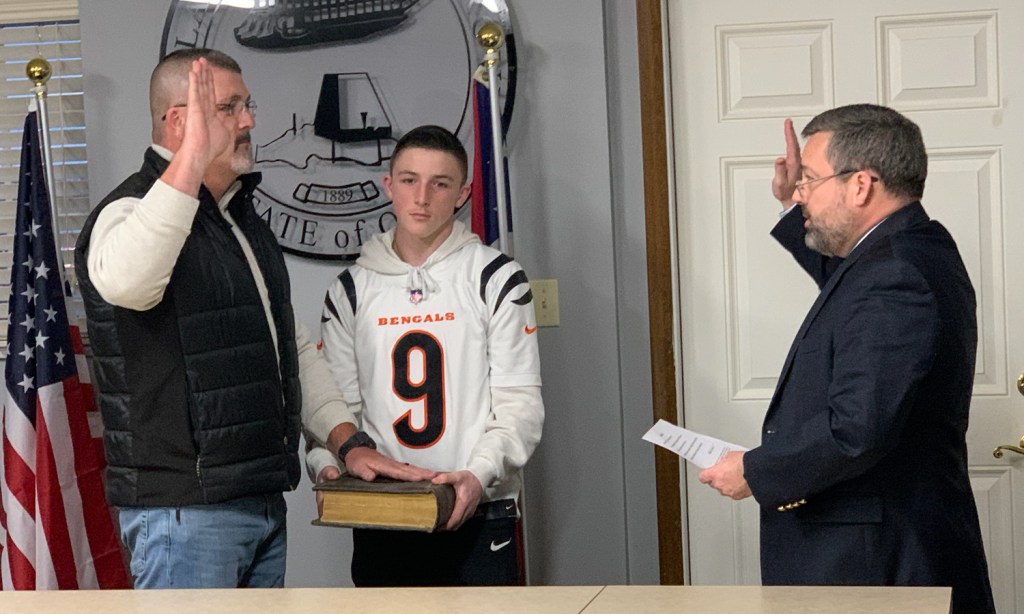 At the regular meeting of council on Thursday, the council voted 5-1 to suspend the three-reading rules and pass an emergency resolution setting compensation, paving the way for Mayor Gary Sherman to name a replacement.

Council members supporting the move said the position had been long vacant and there was an emergency need to fill it to serve the interests of the village. Sherman chose Steve Patton for the position, who was then confirmed in a 5-1 vote.

Council member Andy Holmes was the lone dissent on both votes.

“I’ll do my best,” Patton said, upon being confirmed.

Council member Kimberly McKnight congratulated him. “We appreciate all you do and for your years of loyalty,” she said.

Following a discussion over the need for a new well for the village, the focus then moved back to personnel matters. The council met in an executive session on the issue of filling the position of police chief. The previous chief, Randy Lewis, announced his resignation in January, with officers quitting with him.

Lewis made a number of allegations of wrongdoing by Sherman in his resignation letter, which the council voted at a later special session to refer to the state attorney general’s office. Sherman has denied the validity of the allegations.

Lewis’ announced resignation was followed by the village’s entire police department resigning. The Lawrence County Sheriff’s office has been assisting the village with calls.

Following the executive session, which lasted roughly a half hour, the council voted to set compensation for the police chief at $47,000 a year. They voted unanimously to suspend the three-reading rule and adopt the emergency measure.

A replacement was not named for the position. Instead a special meeting was set for Friday.

At that meeting, Sherman nominated Bill Murphy for the position.

He was confirmed in a 5-0 vote, with Holmes absent.

Murphy, who just resigned as Proctorville’s police chief, has been with that department for 20 years.

Murphy provided a copy of his physical and was sworn in by village solicitor Mark McCown.

He said he will begin hiring officers “immediately.”

The final matter of business for the council on Thursday was to host an executive session to discuss the vacancy of village fiscal officer. The previous officer had resigned earlier this year, unrelated to the police matters. Sherman said there would be no further business for the night after that session.

Funding an improved quality of life