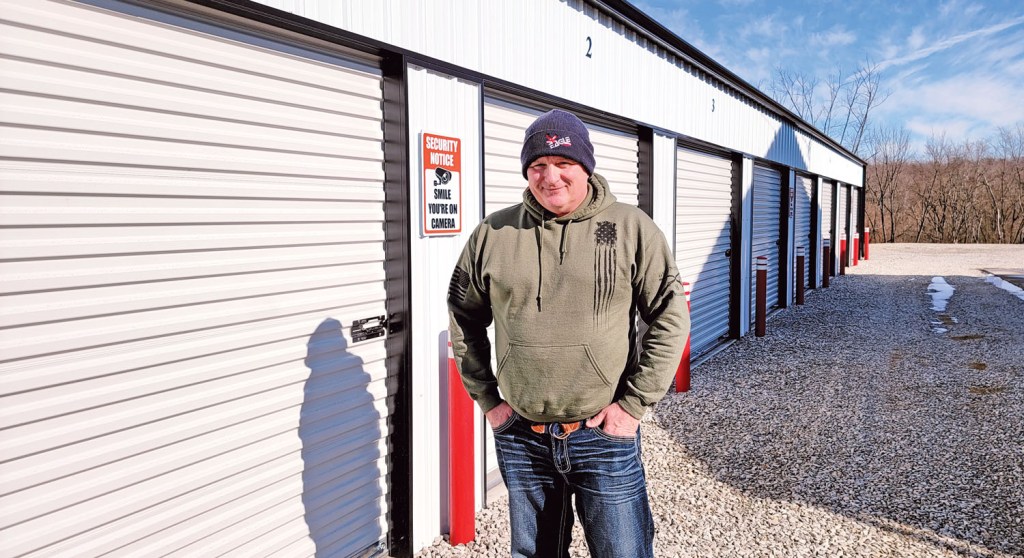 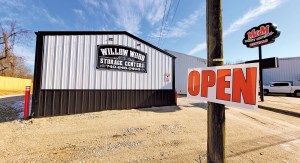 A new storage facility opened up on last week in the east end of Ironton at a site familiar to parents.

Willow Wood Storage Centers is a new, 16-unit facility opened up next to M&M Party Central Rentals by Mick Clark, who owns both businesses.

He said there was an unmet demand for storage space and that is what prompted him to start the new venture.

“We wanted to do something a little bit different,” he said. “We knew there was a shortage of storage buildings, so it seemed like a good idea.”

Clark said he thinks that the COVID-19 pandemic created a demand for out of the house storage.

“I think a lot of people were doing home improvement projects and cleaning out things and needed a place to put their extra stuff,” he said.

“Or they remodeled and needed someplace for furniture and stuff.”

They also have space for people to store their recreational vehicles.

“That’s for RVs, campers, boats and all that,” Clark said. “There is a shortage of places to put campers and boats.”

He said the buildings sit on a big lot and they plan on building more storage units.

“Eventually, we are going to have 250 units,” he said. And as they add units, they plan to have ones with heat.

“We have security cameras, it is fully secured down here,” Clark said. “Everything is monitored and secured.”

This is the fourth business for Clark.

Clark started M&M Party Central Rentals 22 years ago. He worked at Pepsi as a delivery worker and had a back injury which made it difficult to lift cases of soda all day.

“I saw the writing on the wall so that’s why I switched over to inflatables,” he said. And his son, Cameron, was young and he “liked them, so that was another reason for me to switch over.”

He started off with a couple inflatables and worked the rental business on the weekends.

“I eased into the business,” Clark said. “We bought inflatables and it did well and it was enough to support my family, so I made the move.”

Like many businesses during the pandemic, the inflatable rental business was down for the past couple of years.

“We lost schools and churches, no one was doing anything,” Clark said. “But this summer, the business picked back up and has been doing well for us.”