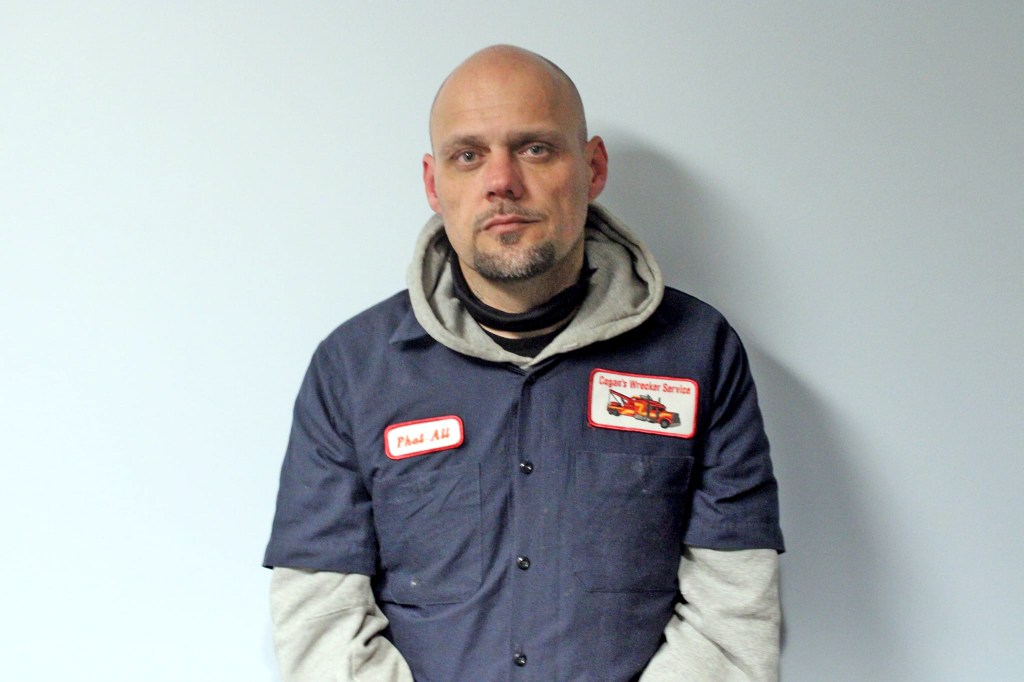 A bank robber was caught just five hours after he held up an Ironton bank on Friday.

According to a press release from the Ironton Police Department, around 2:45 p.m. on Friday, they got a report of a man entering the Desco Federal Credit Union on South Third Street and handing a teller a note demanding money. He left after taking approximately $2,000.

The police reviewed video recordings from the bank and other businesses. Evidence was located, which lead to investigators to develop a suspect.

Around 7:45 p.m., the IPD searched a residence at 104 Scott Avenue and arrested Emory Scott Burke, 41, of Ironton.

Police said that during an interview, Burke stated he was the man who robbed the bank. He also said he placed a call to Lawrence County Sheriff’s Office and claimed that a bomb would explode at 3 p.m. at Ironton High School in an attempt to divert law enforcement from responding to the bank.

Burke is being held at the Lawrence County Jail on charges of aggravated robbery, making terroristic threats and tampering with evidence.