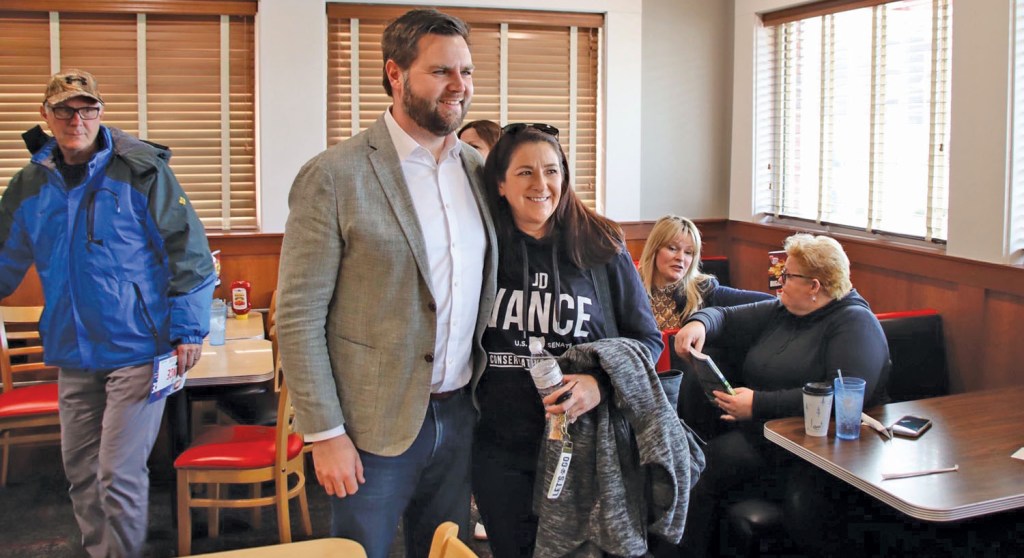 As the race for U.S. Senate heats up, one of the Republican candidates seeking his party’s nomination made a stop in Ironton on Wednesday.

J.D. Vance, a venture capitalist and author of “Hillbilly Elegy,” hosted an event at Frisch’s Big Boy restaurant, which took the format of a town hall with potential voters as part of what his campaign is calling the “No BS Tour.”

“Vance listened to voters and the national issues that mean the most to them,” his campaign said in a statement. “Vance addressed those issues, ranging from rebuilding our industrial base and securing our southern border to dismantling the Big Tech oligarchy and standing up for conservative, working and middle class voices.”

The backdrop for the event touted the candidate as both an “outsider” and a “conservative.”

The campaign said Vance plans to continue the tour through the primary date, and said he has made 21 stops on his tour so far. He was headed to Marietta, following his visit in Ironton.

Vance is seeking the seat of Republican Rob Portman, who is retiring as senator after serving two terms.

Portman endorsed Timken as his successor on Wednesday.

The Senate primary is set for May 3.