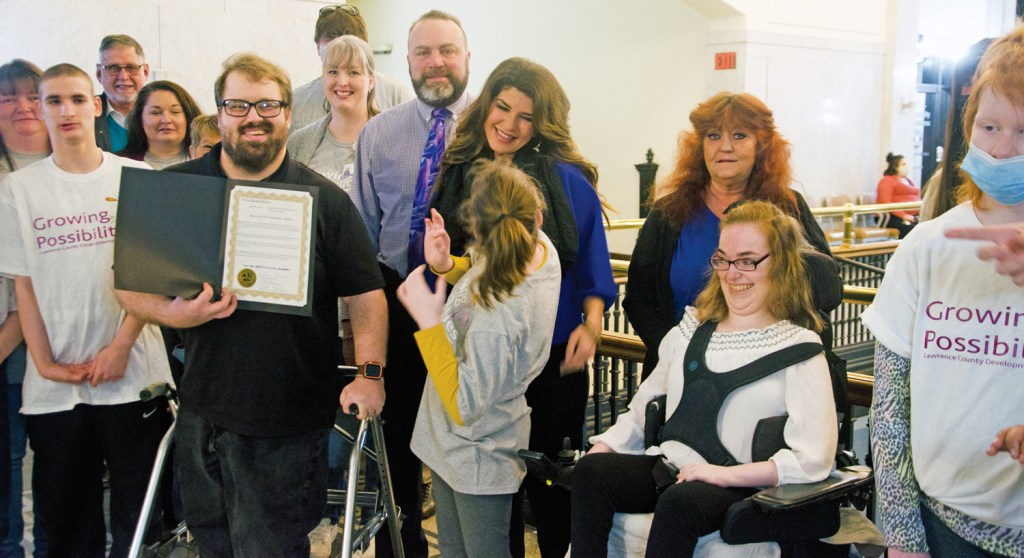 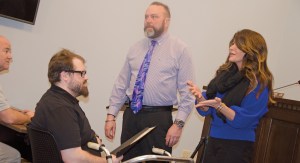 The Lawrence County Commission meeting on Tuesday was packed with what commission president DeAnna Holliday called “a beautiful audience today.”

The proclamation also honored LCDD and Open Door School, which helps 500 people with disabilities and their families in Lawrence County.

“All people are capable and contribute to the community,” Holliday read from the proclamation. “And we encourage all citizens to make our county a place where everyone feels welcome.” 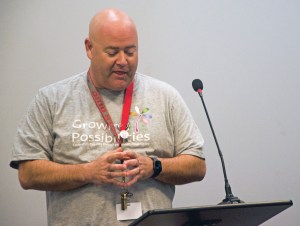 Brian Hayden, a Lawrence County Developmental Disabilities employee and parent of a son with autism, speaks to the Lawrence County on Tuesday. (The Ironton Tribune | Heath Harrison)

The proclamation was voted on by Holliday and commissioner Freddie Hayes Jr. Commissioner Colton Copley was on a trip and was not present for the meeting.

Accepting the certificate of the proclamation was Tanner Huff, who said he was born with hydrocephalus, which caused brain hemorrhage as a baby and had made him “a cerebral palsy warrior.”

He said he is now works with the Ohio Tech Ambassador Network.

“It’s a group that helps people with developmental disabilities get the technology and resources,” he said.
Brian Hayden, an LCDD employee and father of a son with autism, credited LCDD’s Early Intervention program for making a difference in their lives.

He recalled when his son was diagnosed at a young age and he was warned by doctors that “your child may never talk to you again.” 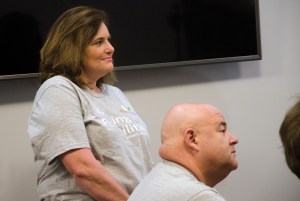 He said the program gave them their “first glimpse of hope” following the news and LCDD had helped his son immensely over the years and had empowered him as a parent.

“He’s 17 now, and he never stops talking,” he said, also noting that his son, who is active in extracurricular activities, was not present at the event because he was taking the ACT at that moment.

LCDD plans events to mark the month, including the return of its annual Chilifest fundraiser, which takes place from 10 a.m.-2 p.m., Saturday, March 12 at Open Door School in Coal Grove.