Taking on the big jobs 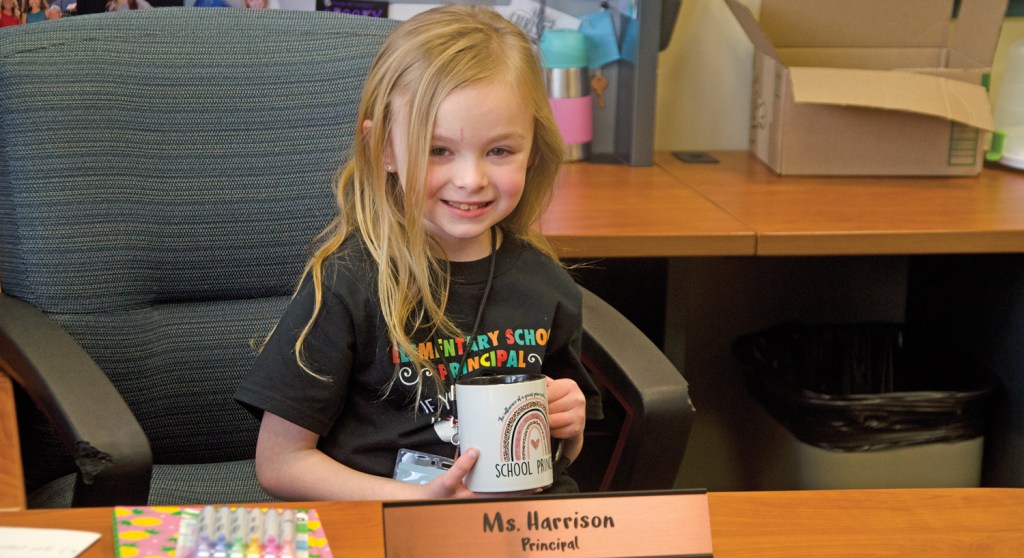 Karissa Harrison, 7, of the first grade, sits at her desk as principal-for-a-day at Dawson-Bryant Elementary School on Friday. (The Ironton Tribune | Heath Harrison) 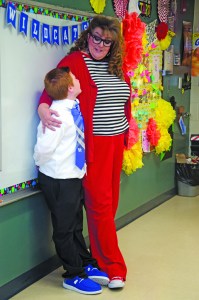 Karissa Harrison, 7, of the first grade, sits at her desk as principal-for-a-day at Dawson-Bryant Elementary School on Friday. (The Ironton Tribune | Heath Harrison)

DEERING — Typically, Angie Lafon serves as principal at Dawson-Bryant Elementary School, but on Friday her duties were turned over to a lucky student.

Karissa Harrison, 7, a first grader at the school, stepped in to serve as the school’s principal-for-a-day. “It’s been fun,” Harrison said. As part of her work for the day, she accompanied Lafon in doing walkthroughs of classrooms, ordering lunch and did the school’s announcement.

The principal-for-a-day event has been taking place for several years, Lafon said, with the position, as well as several other faculty spots, auctioned off to raise funds for the school’s Parent Teacher Organization. Lafon said her job ended up raising $250 for the PTO from its winning bid. 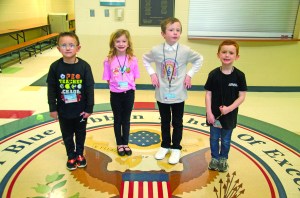 Others serving for the day included Barrett Myers, who took over as physical education instructor, Emma Kellogg, who was the school’s art teacher, Lantz Blackburn, who was librarian, and Griffin Lackey, who taught music.

It was a fitting job for Lackey, who is a musical talent himself, having recently played “Taps” for his classmates on the commemoration of the 20th anniversary of the Sept. 11 attacks, which was recorded and posted online. 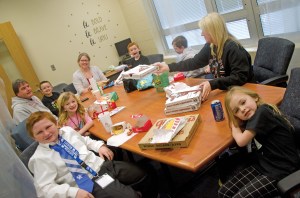 Students who took on faculty roles for the day enjoy a staff lunch from Giovanni’s on Friday at Dawson-Bryant Elementary School. (The Ironton Tribune | Heath Harrison)

Also turning her job over to a student was Mrs. Hall, the school’s popular reading teacher. Tucker Rowe, 11, of the fifth grade, put on a dress shirt and tie and took over her position. “We’ll be playing games on the smart board,” he said of what he planned for his job, which covered classes all day. Games were reading-based and took on the form of favorites, such as Plinko from the Price Is Right.

“It’s been going well,” Rowe said at the day’s midpoint.

All of the students who won positions for the day were treated to a special faculty lunch from Giovanni’s. 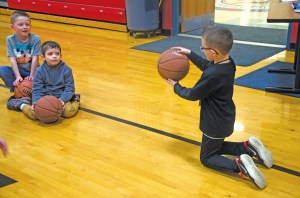