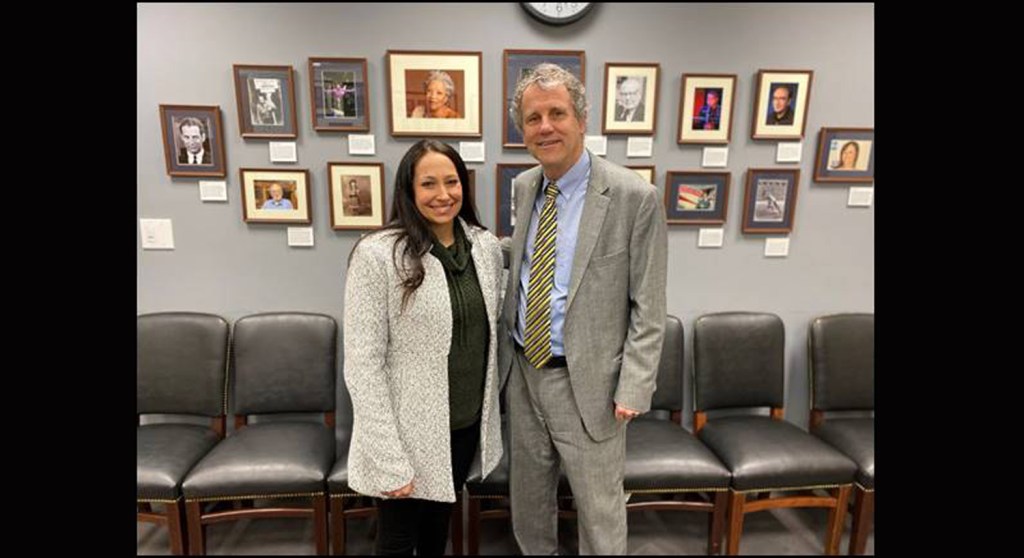 Mrs. Robinson, who is the widow of Heath Robinson, a central Ohio veteran who passed away in May 2020 and was exposed to burn pits while deployed, was invited to President Biden’s State of the Union Address by first lady Dr. Jill Biden.

“Heath should have been the person invited to the State of the Union address during his battle and fight, not me. Since he is no longer here with us, I am honored to be the person sitting for him and all his brothers and sisters in our military family who are affected by toxic exposure to burn pits,” Robinson said.

Brown’s office said the senator has led the fight in Congress to help veterans who were exposed to toxic substances, introducing the SFC Heath Robinson Burn Pit Transparency Act. A modified version of Heath’s bill was included in the Comprehensive and Overdue Support for Troops of War Act of 2021.

Dr. Biden was also joined by Refynd Duro, a progressive care unit nurse at Ohio State’s Wexner Medical Center, as well as Pat Gelsinger, CEO of Intel, who announced earlier this year that Intel will build a $20 billion semiconductor plant in New Albany, which is expected to create 10,000 jobs.