Slack pleads not guilty to charges 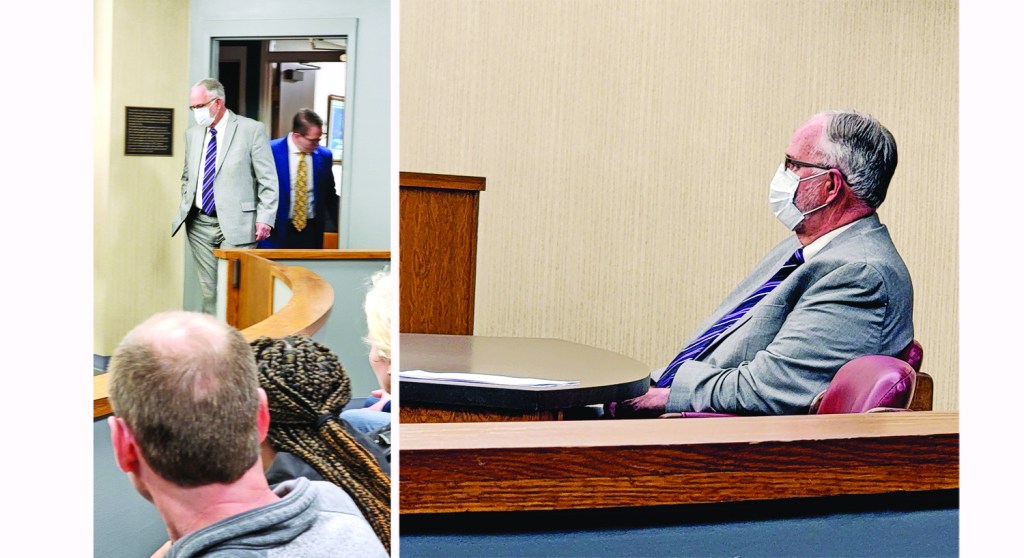 The arraignment was the first hearing for Slack, 68, a former owner of Slack and Wallace Funeral Home in South Point, after he was indicted on Feb. 23 on 10 counts of first-degree misdemeanor voyeurism and 11 counts of second-degree felony illegal use of a minor or impaired person in nudity-oriented material or performance.

Slack is alleged to have invaded the privacy of others by videotaping and filming for sexual gratification. The dates of the incidents in the indictment alleged the taping occurred in November and December 2015 and in March–August 2019.

Because of the seriousness of the crimes, he requested a $250,000 cash or surety bond, a GPS monitor and in-house arrest. He also asked that Slack surrender his passport before the end of the business day to the clerk of courts. He also asked for a restraining order against Slack communicating directly or indirectly with any of the victims in the case.

Slack’s attorney, Tyler Haslam, responded that, in general, they had no issue with those requests and said that Slack had brought his passport to court to surrender it.

He did have issue with the size of the bond the state requested.

“That is outside Mr. Slack’s current financial means,” Haslam said, asking for a $20,000 bond, pointing out that Slack had appeared in court on summons, rather than a warrant being issued for him. He also pointed out that Slack had no criminal record, was a long-time member of the community and had no resources available to him.

Ballard set the bond at $250,000, ordered the passport surrendered and said that if Slack is released on bond, he would be under house arrest and have a GPS monitor.

He also issued protection orders for the victims in the case.

The next pretrial hearing is set for 8:30 a.m. on Wednesday.

The owner of Wallace Family Funeral Home, Beth Wallace, posted a statement on Facebook on Feb. 24 addressing the Slack’s indictment.

Slack and Wallace used to own Slack and Wallace Funeral Home up until last year when the two parted ways with Wallace starting her own funeral home. Anderson said, to the best of his knowledge, Slack no longer works in the funeral industry.

Wallace posted that she isn’t at liberty to speak to the details of the case and offered “heartfelt thoughts and prayers to the individuals and their families who have been identified as victims in this case, which includes myself and my family.”

The case is being investigated by BCI’s Special Victims Unit, which specializes in investigating victim-centered crimes affecting populations that benefit from specialized law enforcement handling.