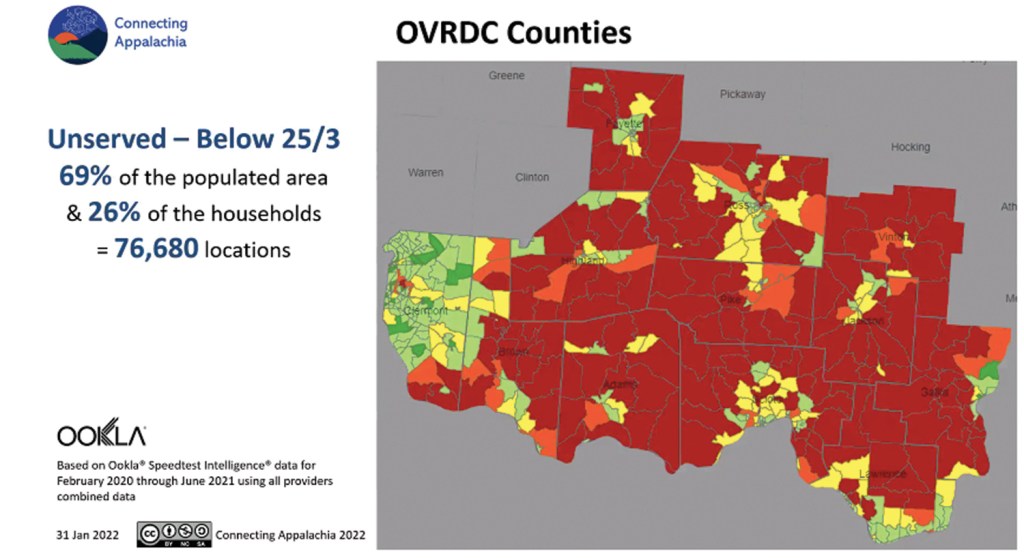 The Ohio Valley Regional Development Commission has been hosting a series of virtual meetings over the past few weeks to provide an update on broadband service specific to the local region.

“When we went to counties and did a SWOT analysis, broadband came up as a weakness,” he said. “We found ourselves with COVID highlighting what we kept saying: We do not have access to broadband in certain areas.”

Hemmings said he used to be among the demographic that did not have broadband at home.

“I was the parent who took my kid to Wendy’s parking lot to help him with his homework so he’d have access to Wi-Fi to do his homework,” Hemmings said.

He said the U.S. Department of Commerce provided OVRDC with funding during the pandemic. Tom Reed, with Reed Consulting Group, said there is still a long way to go to “get to residential and small business folks.”

“We don’t want to just study it and put it on a shelf, we want to turn it into concrete action,” he said.

“The cable companies started installing coaxial cable about 20 years ago and that’s how most people get their service,” he said. “In terms of reaching out to the future, people are looking toward fiber optic.”

He said Ookla Speedtest Intelligence has been a “real big game changer” for mapping service.