Cogan named Lion of the Year 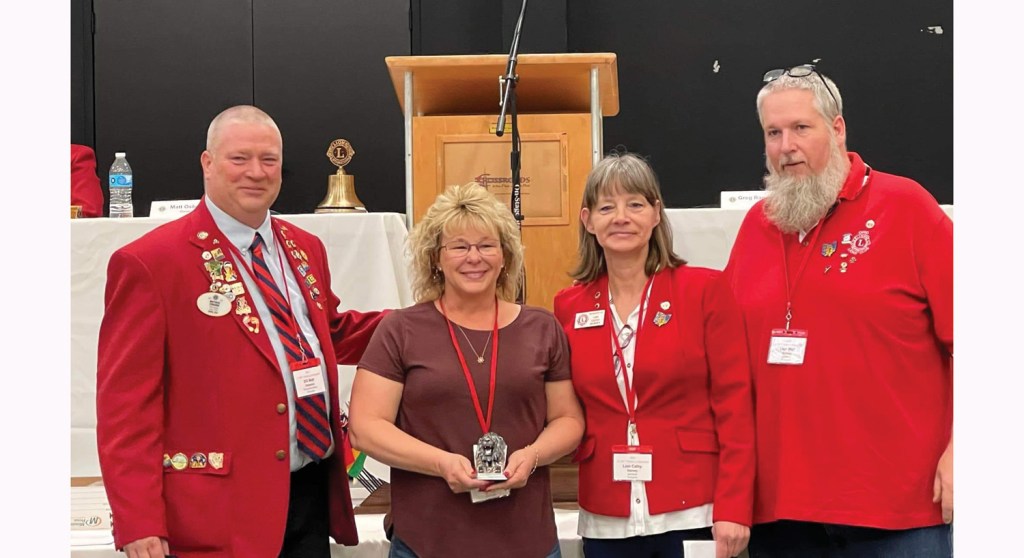 Mary Cogan, of South Point was named as 2021-22 Lion of the Year by Zone 8 of the Lions Club at their meeting in Lancaster on Saturday. (Submitted photo)

LANCASTER — For the past several months, Mary Cogan has been working to establish a new branch of the Lions Club in Lawrence County and, on Saturday, she was honored for her work.
Cogan was named as 2021-22 Lion of the Year by Zone 8, District 13 of the Lions Club at their convention in Lancaster.

Cogan said the honor was not expected.

“They surprised me,” she said.

Cogan, a member of the Coal Grove Lions, has been working as the liaison to establish a new South Point-Chesapeake club of the group after the Chesapeake club disbanded.

The new club was chartered in January, now has 28 members and has elected officers, she said.

Cogan said getting people to sign up to be a Lion was “an easy ask.”

“Because they have such a great reputation an strong heritage,” she said.

The Lions have five global causes they focus on — pediatric cancer, diabetes, hunger, the environment and vision. In addition, local clubs focus on specific needs in their communities.