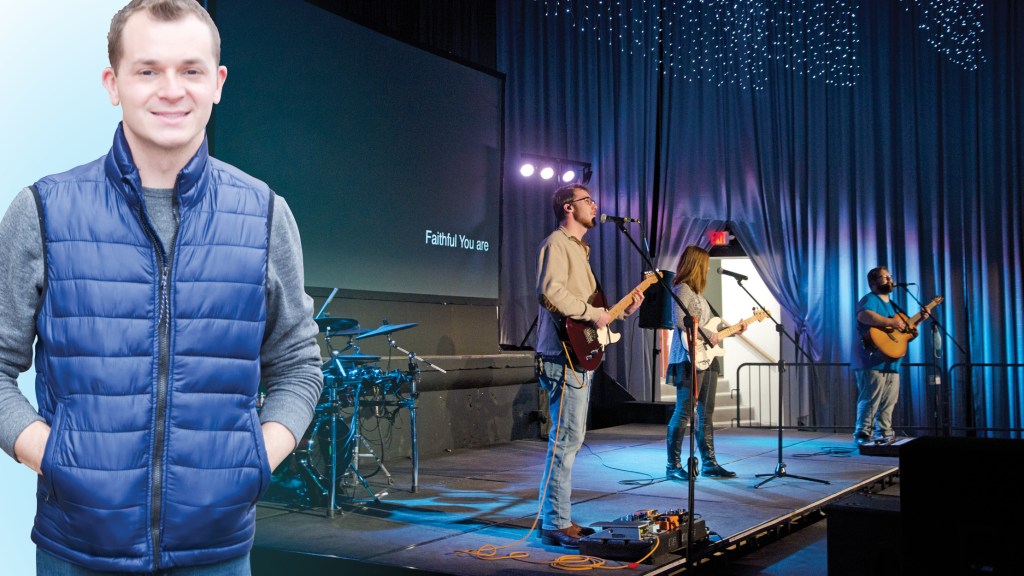 Be Hope is Ironton’s newest house of worship. (The Ironton Tribune | Heath Harrison)

The City of Ironton is home to many churches, some with a long history of more than a century, and two years ago, it saw the launch of another, which aims to use a fresh approach to draw its congregation.

“We had originally planned for March 2020, but COVID had other plans,” Robby Brown, founding pastor at the church said.

He said they realized the pandemic was not going to be short-lived and, once health orders from the governor allowed reopenings, they decided to move forward, with mitigation factors for the virus in place to keep the congregation safe.

The Ironton church is an affiliate of Be Hope Church, located in Beaver Creek, near Dayton, Brown said.

Brown was working as a manager in an outreach café there, in a ministry intern role, when he was approached by those from the church.

“It isn’t a position to stay in long-term and it’s a night shift,” he said. “They asked ‘where do you see yourself going,’ and I told them I was interested in starting a new church in Ironton.”

Brown, a South Point native, got his undergraduate degree at Ohio University and his masters at Mount Vernon Nazarene University in business and ministry.

He said that during his time in Ironton he served in many churches, working as a youth pastor. During that work, he said the average age of attendees was 70, and sensed a need he could work on.

He said they wanted to use a nontraditional approach to engage the youth and grow the church in the community.

“And capture those who have not been engaged in church,” he said.

The weekly church meeting features a live band and is heavy on interactivity online, offering devotional messages to the congregation who text numbers given out during the service.

Brown said the church meets once a week in the Ro-Na, at 11 a.m. on Sundays.

As an affiliate of the Beaver Creek Church, they feature a message each week from its pastor, Kevin Jack, via online.

He said they launched with 25 people and now number 80.

“We’ve had a slow, but consistent growth,” Brown said. “And we hope to keep that up, once we get the pandemic behind us.”

In addition to services for adults, they also have a “kids church,” with two classes, one for preschool ages and another for older, elementary age children.

Those are taught by Brown’s girlfriend, Maddie Cogan. Together, the two also own the Ironton Shake Shoppe and The Shakery, located at Friends Park.

The church is affiliated with the Church of the Nazarene, but Brown said its members come from “all sorts of backgrounds.”

He said they rent out the Ro-Na, but they eventually would like to see a permanent home and meet more days a week.

He said they have also strived to keep the church engaged in the community.

They hosted a Vacation Bible School the last two years and have taken part in Hope Week, which he describes as a different service project, in the first week of August.

This year, they volunteered at Beachwood Park, where they painted playground equipment and conducted pressure washing.

The church has also been present at Spring on Vernon and other seasonal street fairs in Ironton, where they had a booth. They also took part in the Tuesday Night Concert Series at the Ironton Farmers market, hosting inflatables for children and a block party for one of the events.

Brown said they have also conducted a food drive for Backpack Buddies and worked with Habitat for Humanity.

As for future plans, Brown said they hope to launch a teen ministry in 2022.

“We have teens in several roles at the church and we hope to get that going,” he said.

Brown said he has enjoyed the task of launching a new church, which he said has been “an experiment.”

“It’s been really fun to see it play out,” he said.