PROFILE: What is this? 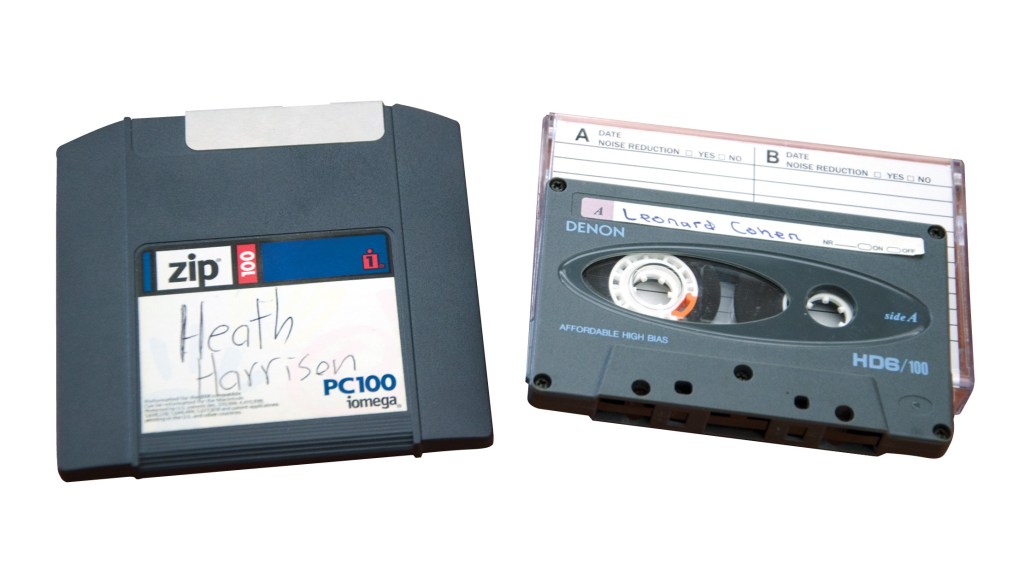 The Ironton Tribune paid a visit to Ironton Elementary School, where some students were selected to answer a few questions on the past and the future and antiquated technology.

The Ironton Tribune paid a visit to Ironton Elementary School, where some students were selected to answer a few questions on the past and the future and antiquated technology.

The first item was a ZIP drive, a removable storage disk for a personal computer from 1999 that holds 100 megabytes of information

Brynleigh Heighton, 10, fifth grade: “It’s something you put in a TV to watch something? Something for a nurse or a doctor?”

Max Haney, 10, fifth grade: “I would have to say it would go into some electronic device. Maybe a computer? I’ve seen a lot of stuff that looks like this. I think you would put it in the computer and it would improve it.”

Brighley Heisinger, 10, fifth grade: “I have no clue… it looks like something I’ve seen before. Something for a computer? It keeps all your memories in it from your computer?”

Myles McDonald, 9, fourth grade: “Looks like some kind of disk, I think it goes to a computer. My gramma has a very old computer that takes disks like that.”

Aubree Ison, 9, fourth grade: “I don’t know… is it about someone’s health?”

Trace Fraley, 9, fourth grade: “It is a computer disk…  I saw where it said PC and a PC is a computer. It saves data.”

The next item was a cassette tape, in this case a 1992 Denon HD6 100-minute tape filled with musical performances by Leonard Cohen.

Heighton: “A cassette tape? I think it was in fourth grade and somebody had made a bag out of cassette tapes and that’s how I knew what it was.”

Haney: “Looks like a DVD, not a DVD… I forget what it was called. It is something that you would play.”

Heisinger: “A tape? My dad has many of them.”

Ison: “I’ve seen one before, but I forgot what they are called.”

Fraley: “It is a tape for movies.”

The next question was what was the oldest thing that they knew of in Lawrence County.

Heighton: “The train tracks. I feel like trains were before the transportation we have now.”

Haney: “Probably one of the buildings in Ironton, because Ironton has a lot of history in it and there were a bunch of coal mines and things. A lot of those buildings are starting to rust and they are being abandoned.”

Heisinger: “I don’t know… this school?”

McDonald: “I would say maybe one of the bridges?”

Ison: “Mud… my teacher Mr. Wilson taught us that.”

Next was the oldest person they knew

Heighton: “I have no idea.”

And the final question was where they saw themselves in 20 years.

Heighton: “I see myself having two kids and I would probably be a nurse.”

McDonald: “I want to be a teacher. I might have some kids.”

Ison: “I think I will be married and I want to be a doctor.”

Fraley: “A dialysis worker for Fresenius Kidney Care. My dad works there.”