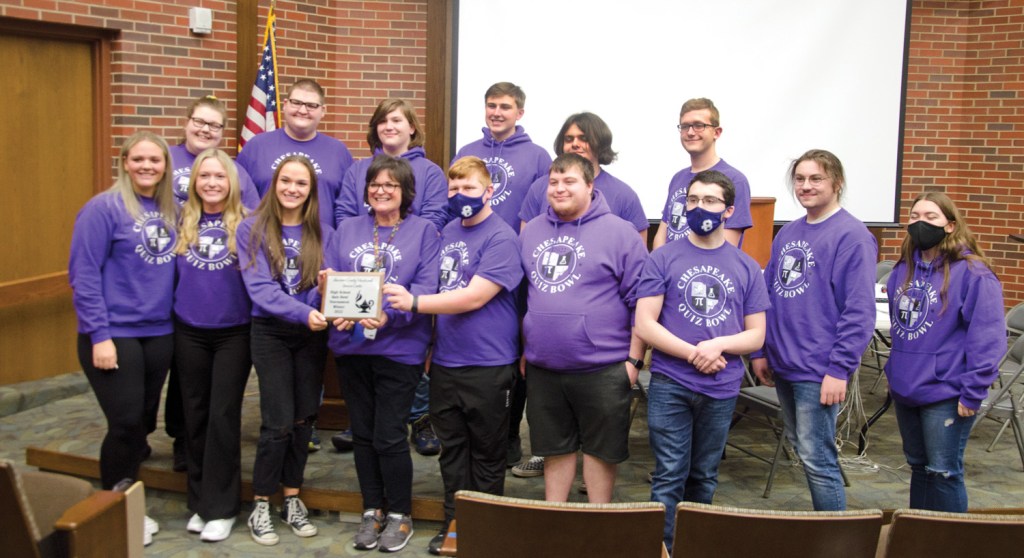 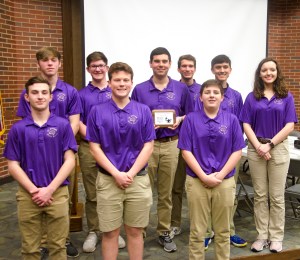 It was a long-awaited victory on Wednesday for Chesapeake High School.

The school’s Quiz Bowl team came in first in the county’s Ironmaster Quiz Bowl tournament, which took place at Ohio University Southern and was organized by the Lawrence County Educational Service Center.

Gina Allen, a Spanish teacher who serves as the team’s coach, said she had been coaching Quiz Bowl at the school for 14 years and that this was the first time they had won the tournament during her time.

“It feels like my students are finally getting the recognition they deserve,” she said.

Chesapeake went undefeated throughout the double elimination event and won over St. Joseph High School in the final match.

“It’s pretty cool,” Lees, a senior, who has been participating in Quiz Bowl for two years, said of the win. “I’ve watched every year and don’t remember the team making it to round 3. It was always round 2. It was never something I got to see. And it’s a good way to go out.” 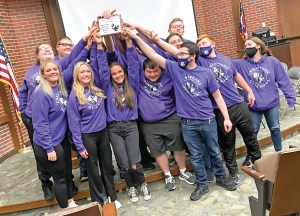 Chesapeake High School’s Quiz Bowl team came in first place in the Ironmaster tournament at Ohio University Southern on Wednesday. The team was undefeated in the event and won over St. Joseph in the final round. (The Ironton Tribune | Heath Harrison)

Forbush, a junior who has taken part in Quiz Bowl since middle school, said, “It feels great.” 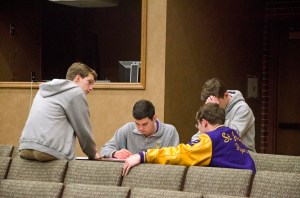 St. Joseph School Quiz Bowl members confer on answers as they break away into a group during the alphabet round of the Ironmaster Quiz Bowl at Ohio University Southern on Wednesday. (The Ironton Tribune | Heath Harrison)

He said he was proud to represent the school and that seeing the plaque in the trophy case for something he was a part of would be “a good feeling.”

The team came in second place in last year’s tournament as well.

The team defeated third place Dawson-Bryant to face Chesapeake in the final round. In addition, St. Joseph’s coach Christi Bare was recognized as Outstanding Coach for the season.
Dawson-Bryant, who won the Ironmaster competition in 2021, were regular season champions in school matches for this year and also junior varsity champions, Gretta Taylor, ESC student service coordinator, said.

Wednesday’s event marked a return to OUS for the tournament. The COVID-19 closures began in March 2020, only days after that year’s tournament. As things reopened, the tournament took place last year at the South Point Board of Education building, in a socially distanced format.