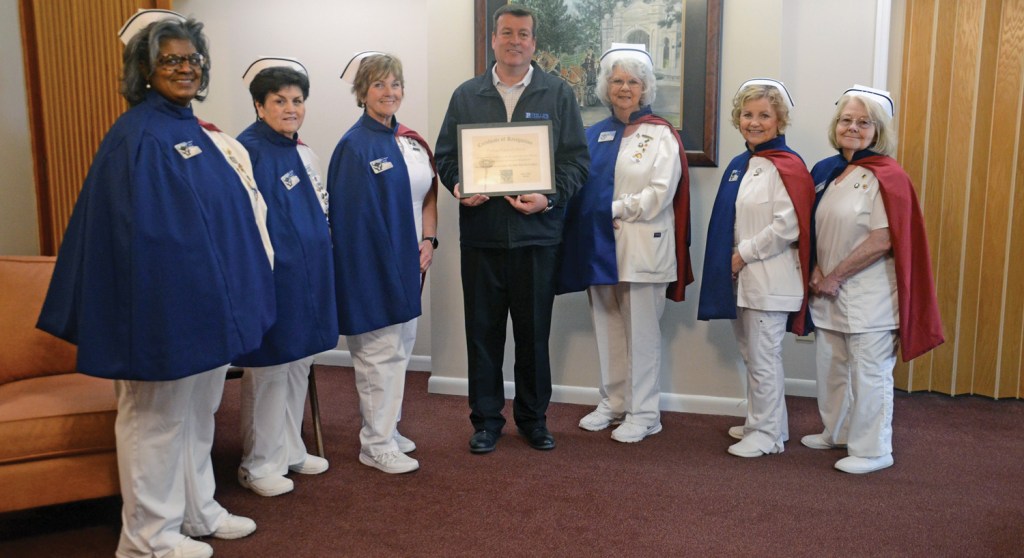 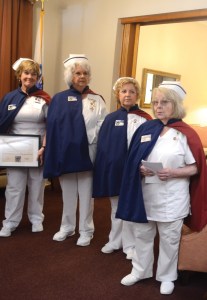 Maria Oakes, of the Nurse Honor Guard of the River Cities, reads a statement as the group presents a certificate of recognition to David Phillips, owner of Phillips Funeral Home, on Thursday. (The Ironton Tribune | Heath Harrison)

“You caught me off guard,” David Phillips, owner of Phillips Funeral home said.

On Thursday, he was surprised by members of the Nurse Honor Guard of the River Cities with a certificate of recognition for his work.

The group, founded in 2019, is a nonprofit that attends funerals of registered nurses, nurse practitioners and licensed practical nurses in Kentucky, Ohio and West Virginia and provides an honor service. 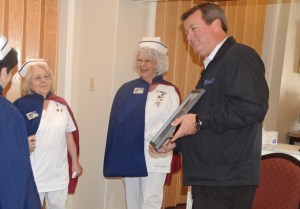 David Phillips, owner of Phillips Funeral Home, thanks Maria Oakes, left, and Dorothy Spillman, of the Nurse Honor Guard of the River Cities, after they presented him with a certificate of recognition Thursday. (The Ironton Tribune | Heath Harrison)

Maria Oakes, who co-founded the group with Dorothy Spillman, said they select one funeral director annually for the certificate and that Phillips was a quick choice for his support and that of his staff.

She said the award was timed to coincide with National Funeral Director and Mortician Recognition Day, which was Friday. The group opted to do the event on Thursday, as the funeral home had services on Friday.

Oakes spoke of the importance of the work Phillips does.

“It’s a constant job, like nursing, it’s 24/7,” she said. “They go above and beyond and meet families’ needs and take the weight off. Planning a funeral is stressful.”

Phillips said families are appreciative of the services of the Nurses Guard and thanked them for his recognition.

“And I will keep trying to do the same things here and will recommend your services,” he said.