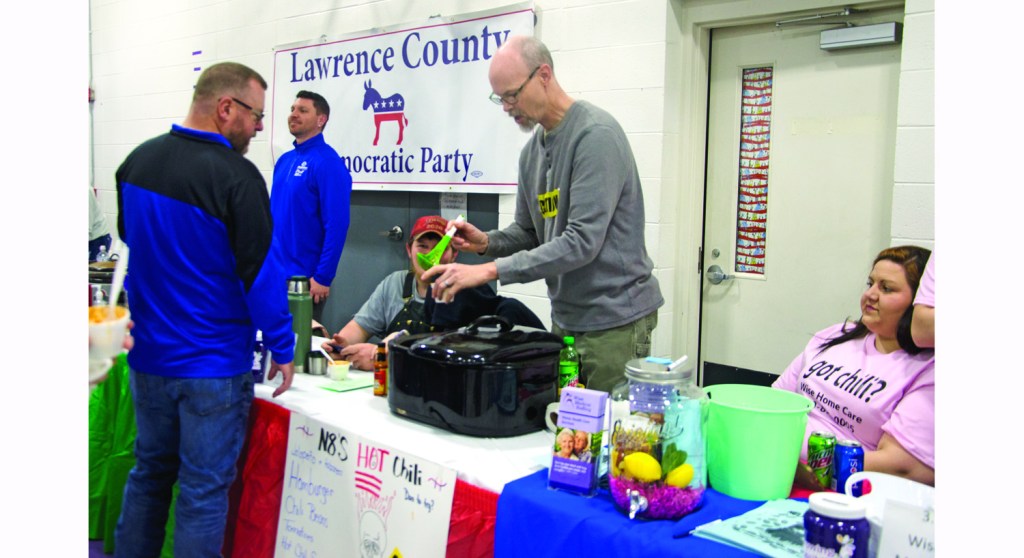 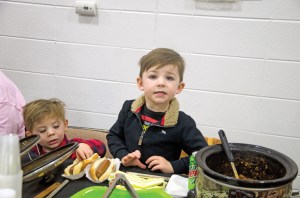 COAL GROVE — It had been two years since Lawrence County Developmental Disabilities last had their annual Chili Fest, but the hiatus did not dampen the public’s appetite.

The event returned from its COVID-19 cancellation on Saturday and Open Door School was packed by a crowd in its first hour.

“There have been hundreds so far,” LCDD superintendent Julie Monroe said.

For the price of $1 admission or a canned food donation, attendees could sample different chilis, served by local organizations, charities and government agencies. 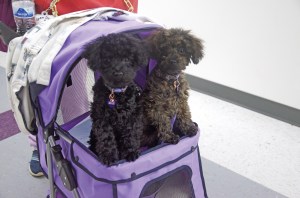 Monroe said there 18 cooks and eight craft vendors set up in the school’s cafeteria for the event, now in its 21st year.

One of those set up was the Ironton Rotary Club.

“We’ve been here for many, many years,” Ironton Rotary president Deanna Patrick said.

She said turnout at their booth had been steady, as they served chili, chips and cheese.

Patrick said it was her first year working the event.

Chili was judged by a panel that included the Lawrence County commissioners, County Auditor Paul David Knipp and a local judge. In addition, an award was set to be given out at the end of the day for the “People’s Choice,” voted on by attendees.

All funds raised from the event go to LCDD programs, which support hundreds in the county, from children to adults.

Attendance was strong, despite several inches of snow falling overnight leading into the event. But, by the time it started, roads were mostly clear throughout the county, as the snow melted quickly.

Monroe said they also sat up a shuttle service from a nearby lot to accommodate the large crowd.

It was the first time for the event to take place in Open Door School, which moved to its home in Coal Grove during the pandemic. Previously, it taken place at Dawson-Bryant High School.

“We really wanted to to show the building to the public,” Monroe said.