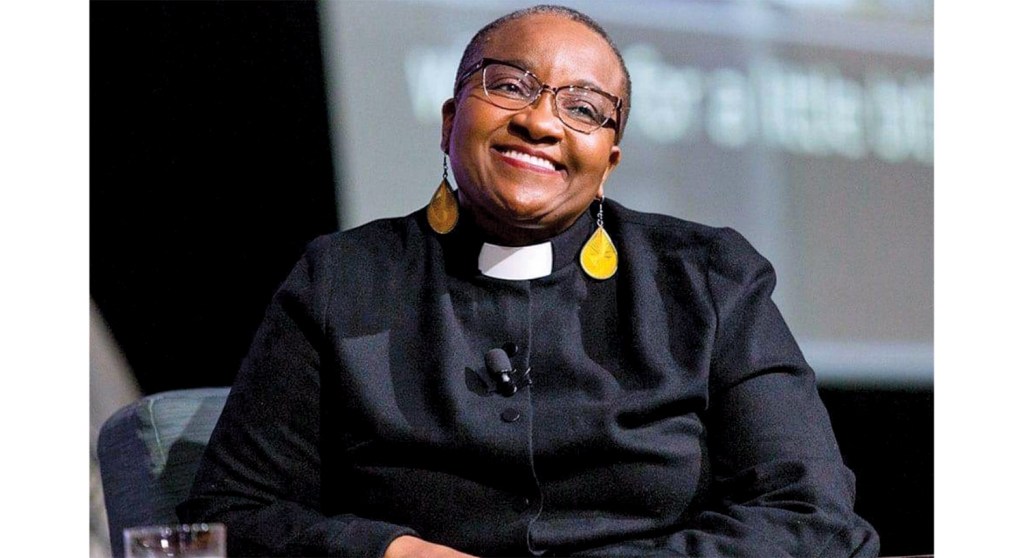 The Rev. Notombi Naomi Tutu will speak as part of Women’s History Month

ATHENS — For Women’s History Month, Ohio University will host Archbishop Desmond Tutu’s daughter, the Rev. Notombi Naomi Tutu, to speak to the OU community and general public about the plight of women around the world and where they are now.

The event will be done via Microsoft Teams at 7 p.m. on Thursday.

The third child of Desmond Tutu, a South African Anglican bishop known for his work as an anti-apartheid and human rights activist, and Nomalizo Leah Tutu, Naomi Tutu has dedicated her life and work to being an activist for human rights, specifically an activist and educator on race and gender, as well as an ordained reverend.

“It’s crucial for speakers such as the Rev. Naomi Tutu to converse with the community, particularly within a university setting, so that we are able to expose students, faculty, staff, and the community to leaders across the board who have a proven track record of engaging in global challenges,” Winsome Chunnu, director of the Multicultural Center, said. “I treat women’s history month the same way I treat all other heritage months, as an opportunity to showcase our accomplishments, as well as highlight the challenges we still face as a society. And those things are important for our students to engage in as we prepare them to become global Bobcats.”

To bring in speakers such as Tutu, Chunnu and her team look at what’s happening in the world and in the U.S. and try to bring in leaders who can best address some of the current challenges, as well as people who would be engaging and appealing across the board in terms of both students and community members.

“We are unbelievably honored to have such an esteemed activist at Ohio University for Women’s History Month,” MaryKathyrine Tran, interim director of the Women’s Center, said. “Hearing Rev. Naomi Tutu speak is sure to be an incredible experience for all at OHIO and throughout the Athens community; we can’t thank the Multicultural Center and Dr. Winsome Chunnu enough for organizing this event.”

This year’s theme for Women’s History Month is “Women Providing Healing, Promoting Hope,” a tribute to the work of caregivers and frontline workers during this ongoing pandemic, as well as recognizing the ways that women of all cultures have provided both healing and hope throughout history.

“Rev. Naomi Tutu’s mission and life work aligns directly with this year’s theme of ‘Women Providing Healing, Promoting Hope’ because she emphasizes the global challenges women have faced and are facing today, as well as how we can provide healing and hope through the struggles,” Chunnu added.

Although born in South Africa, Naomi Tutu has had the opportunity to live in many communities and countries, being educated in Eswatini, formerly known as Swaziland, the U.S. and England, and has divided her adult life between South Africa and the U.S.

Being the daughter of Desmond Tutu, she struggled with following in her father’s footsteps and whether the call to ministry was actually the right path for her. From early in her life she would say, “I have my father’s nose, I do not want his job,” yet this call refused to be silenced. As she carried her passion for justice into other fields, the call to preach and serve as an ordained clergyperson continued to follow her and by the time she was in her 50s, she responded to that call and decided to go to a seminary.

Her professional experience ranges from being a development consultant in West Africa, to being program coordinator for programs on race and gender, and gender-based violence in education at the African Gender Institute at the University of Cape Town.

She served as program coordinator for the historic Race Relations Institute at Fisk University and was a part of the Institute’s delegation to the World Conference Against Racism in Durban. As well as speaking and preaching, Tutu has also established Nozizwe Consulting, a firm that brings different groups together to learn from and celebrate their differences and acknowledge their shared humanity. As part of this work, she has led Truth and Reconciliation Workshops for groups dealing with different types of conflict. She has also offered educational and partnership trips to South Africa for groups as varied as high schools, churches, hospices, K-12 teachers and women’s associations. Tutu is the recipient of four honorary doctorates from universities and colleges in the U.S. and Nigeria. She is currently the Associate Rector of All Saints Episcopal Church in Beverly Hills, Calif., and the single mother of two daughters and a son.

For more information go to https://www.ohio.edu/news/2022/03/ohio-university-host-desmond-tutus-daughter-rev-notombi-naomi-tutu-womens-history.

Two South Point residents graduate from University of the Cumberlands

AAA urges partygoers to find a safe and sober…