Slack pleads guilty to 21 charges, sentencing to be on March 21 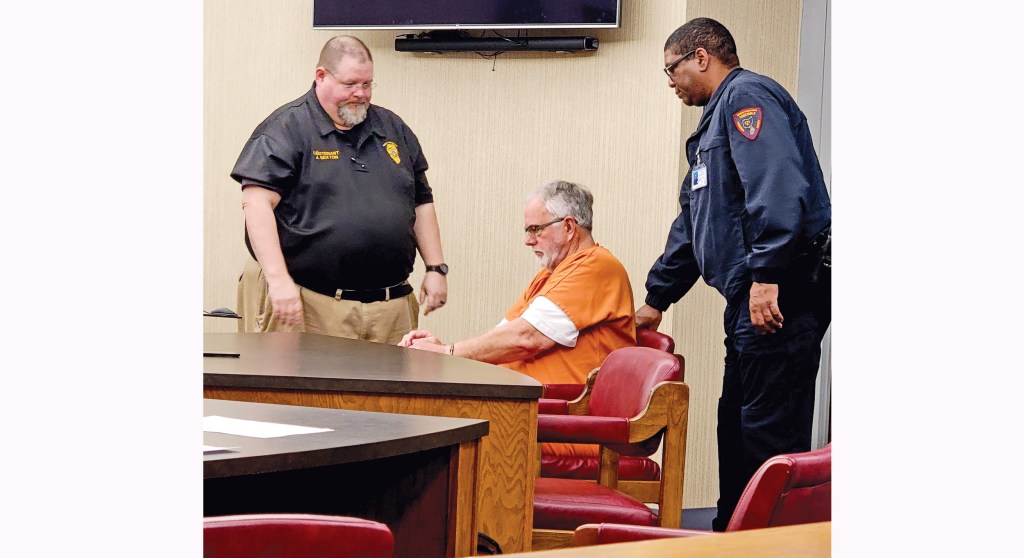 On Wednesday morning, former funeral home owner Richard Slack plead guilty to all 21 charges against him and will likely spend the rest of his life in prison because of his age and the amount of prison time for the felony counts.

Slack was indicted on Feb. 23 on 10 counts of first-degree misdemeanor voyeurism and 11 counts of second-degree felony illegal use of a minor or impaired person in nudity-oriented material or performance. He had originally pleaded not guilty to the charges on Feb. 2.

Depending on the sentencing decision of Judge Andrew Ballard, Slack is facing the possibility of up to two decades in prison. Slack is 69 years old.

Lawrence County Prosecutor Brigham Anderson said that he is recommending a sentence of 16-20 years. The maximum sentence on the 11 felony counts is 88-92 years in prison, if the sentences were served concurrently. The sentencing hearing will be May 21.

Anderson said he didn’t want to have to put the victims through a long trial. A trial date had been set for May 9-20.

Anderson said the victims in the case were consulted and they were in agreement with the sentence recommendation and were content with a guilty plea for a number of reasons.

“It is important to give the victims in this case closure and it will save the victims from having to testify in what would be a very difficult trial.”

According to the indictment, Slack is alleged to have invaded the privacy of others by videotaping and filming for sexual gratification. The dates of the incidents in the indictment alleged the taping occurred in November and December 2015 and in March–August 2019 and some of the tapes were of minor victims.

Slack was part owner of Slack and Wallace Funeral Home up until last year. Anderson said to the best of his knowledge, Slack was no longer working in the funeral industry.