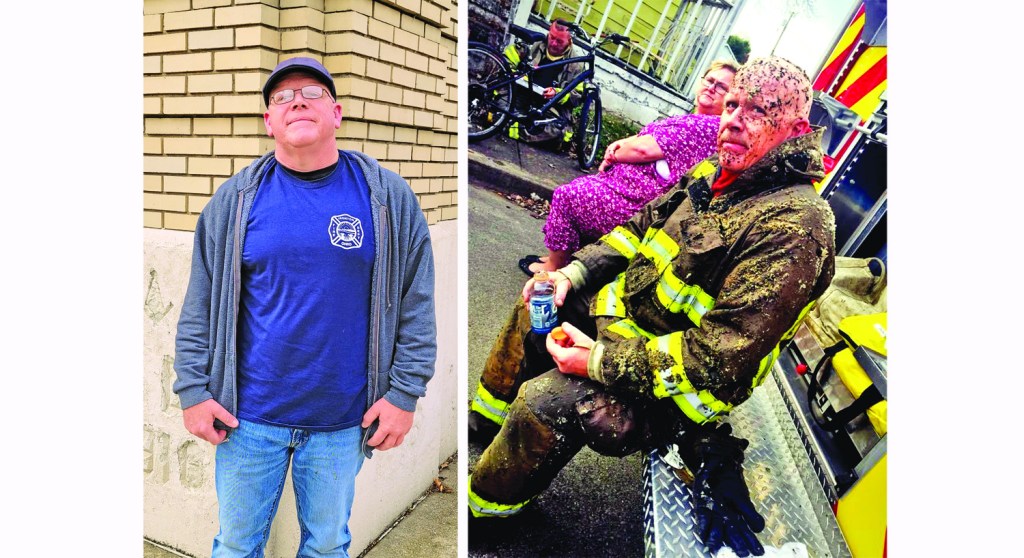 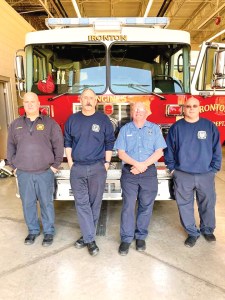 Sheridan served on IFD for 25 years

Louie Sheridan has long been in service to his country and his community before retiring earlier this month.

Two weeks after graduating Ironton High School in 1990, he joined the U.S. Navy and went to sea. After the service, he returned and went to school for a couple years, but wanted to find a job that both used his skills and let him continue to serve others. He found that when he joined the Ironton Fire Department in 1997 and expanded on his previous fire experience from being in the U.S. Navy.

“I was on the USS Shenandoah during the first Persian Gulf War,” he said. The Yellowstone-class destroyer tender was part of a carrier battle group. He did office work, but was also assigned to a fire company because “in the service it’s an all-hands-on-deck type of situation. There’s no place to go when there is a fire, so everyone learns how to do it.”

He learned to work the fire suppression systems on the boat and helped put out small fires.

After serving in the Navy, he tried going back to school but “I thought I really need to get back to making money. So, the firefighter exam was up and I thought it was something I wanted to do. It seemed like a good fit.” 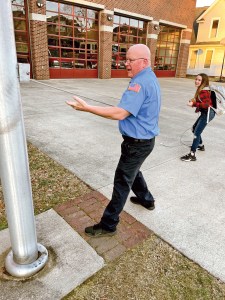 Louie Sheridan and his daughter, Sofie, hoist the station’s American flag on his last day of work after 25 years as a firefighter with the Ironton Fire Department. (Photo submitted)

He said the first thing you learn as a firefighter is getting over fear.

“Inside a house fire, it is dark and it is scary and you have to have the mentality of getting over that fear and do your job,” he said. “It’s a tough job, but it is a rewarding job. The thing about it is, most of the time you are dealing with a tragedy, whether it is a house fire or a car wreck. You have to deal with it mentally that sometimes you win some battles and sometimes, you lose that battle. When you do win those battles, it is very gratifying.”

As for what he will miss in retirement, it is his fellow first responders.

“I got to work with a lot of awesome people in the last 25 years,” Sheridan said. “One thing the citizens of Ironton have been blessed with in my time there, is a lot of outstanding firefighters, police, sheriffs, EMTs and paramedics. They are all top notch. We have a great group of first responders, not only here in town, but all over Lawrence County. I’ve been to a lot of training schools all across the country and I would put our first responders up against anybody across this country.”
Sheridan turned 50 in December and now “I have to find something to do for the next 10 years.”

As for future job plans, “I don’t know,” he said. “All three of my kids are in school right now, so right now with spring time coming up, both my daughters play softball and my son plays baseball, so I’m gonna take a couple months off and watch a lot of ball games. Then, I’ll fill out and see what the job market is out there. After decades of serving my community and my country, I’m going to find something where I get to come home to my kids every evening.”