PROFILE: A new generation of leadership 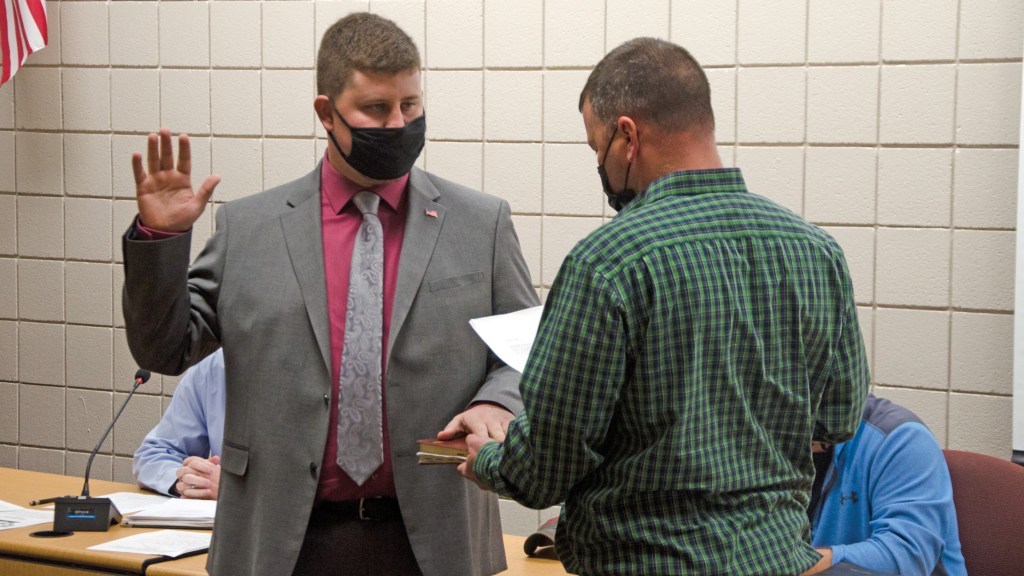 Symmes Valley graduate Uriah Cade may have completed high school in 2019, but his involvement with the Vikings’ school system was far from over.

Last year, he campaigned and successfully won election to a seat on district’s school board, taking office on Jan. 11. Cade, 21, said he ran for a simple reason. “My goal is to make Symmes Valley better,” he said.

He said he had in his mind numerous changes that could be done for students.

“I don’t want to see them left behind,” he said. “I really wanted to see students be more college and career ready.”

Cade said this could be done through things like teaching them how to properly fill out a FAFSA form for financial aid, how to find and obtain scholarships and to know about career options through vocational schools like Collins Career Technical Center.

Symmes Valley School Board President Derek Wilson praised Cade as “an old soul” with a commitment to his community. He said he could envision him someday running for an office like county commissioner.

One of the programs Cade has been heavily involved in is Lawrence County 4-H. He comes from a farming family with siblings also taking part. He showed animals in competitions at the Lawrence County Fair, starting at age 9, until he outgrew the program at 21. Rachael Fraley, extension educator for 4-H in the county, described Cade as “a very caring, hard worker.”

“He’s always willing to give to others,” she said. “He’s very service oriented.”

She said, in addition to showing animals, he was also a teen leader and served as an officer on the Junior Fair Board.

Fraley also pointed to Cade’s work as an auctioneer in the livestock sales at the fair. “He started as an apprentice for that, before going to school,” she said. Of his current work with the Lawrence County Farm Bureau, Fraley says, “They advocate for policy protecting agriculture in the county, and do education-based things like agriculture literacy and work in the schools. He’s always willing to do community work to promote agriculture.”

While someone at his age seeking office is not common, Cade said the community was receptive to him. “I think, while out seeing people and campaigning, they were very open to a younger person running,” he said.

Cade, who also works for Stellar Industrial, a third-party company doing installation work for the GKM plant, is pursuing a degree in education. “I want to be a high school history teacher,” he said. He is eager to get to work on the school board and begin serving. “And I just want to thank all of my supporters,” he said.